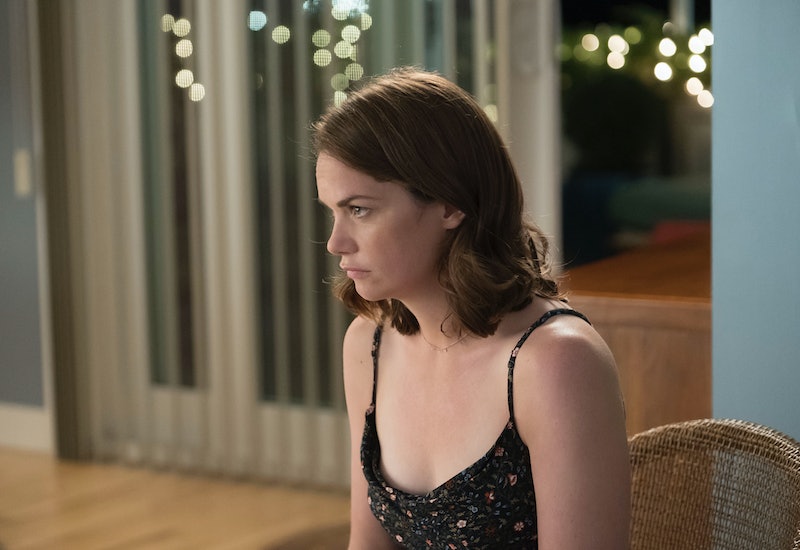 Affairs always cause drama, but they don't always lead to vehicular homicide, drug dealing, almost hitting on your daughter, and other life-altering illegal events like those that have occurred in the Showtime series of the same name. To intensify things even further, Season 4 brought the unexpected death of lead character Alison Bailey, and now, fans have to accept that Ruth Wilson is not in The Affair Season 5, likely not even in flashbacks or anything. According to The Hollywood Reporter, she left at her own request.

"Ruth wanted to leave the show," co-creator and showrunner Sarah Treem told THR. "That was a request, so that was decided basically before we started writing. [Alison's death] wasn't a discovery of any kind. That was very deliberate. And actually, we shot all of her work first. Her whole storyline was shot before we shot anything else."

At the end of Season 4, two causes of Alison's death were proposed. One was that she drowned herself in the ocean, and the other was that she was murdered by her married boyfriend, Ben, and her body disposed in the ocean to stage suicide. In her first interview following the episode's airing, Wilson told CBS This Morning that even she doesn't know which was true.

"I think it's murder," Wilson said. "It's not entirely clear. Is the fantasy version the first half? The second half is reality?" At the premiere of The Littler Stranger, per THR, she later added that she had no influence over the specifics of her character's outcome. "I had no say over how the character's arc was going to end or how she would die or leave," she said. "I always had an image that she would walk into the sunset with her son with no man. That's what I hoped for her."

Unfortunately, that's not the ending Alison got. In a statement released following Alison's death, the network announced that the story was a mutual decision of the cast and crew's.

“We can’t speak for Ruth, but heading into season four everyone agreed the character’s story had run its course," said the network.

"Ultimately, it felt like the most powerful creative decision would be to end Alison’s arc at the moment when she had finally achieved self-empowerment. The impact of her loss will be felt as the series concludes next season. We thank the many fans who embraced the character of Alison and especially thank Ruth for her indelible work over the past four seasons."

But Wilson's comments — or lack thereof — on her departure seem to say otherwise. In that same CBS interview, she said she's "not allowed to talk about why" she left the show, but she confirmed that she did want to leave. Interviewer Gayle King followed up with a question about equal pay, inquiring whether or not that had influence over her decision. She replied with one concise statement: "I've never complained to Showtime about pay parity."

Season 5 of The Affair stars a grown-up version of Alison's daughter, Joanie, played by Anna Paquin, who diligently investigates the mystery of her mother's death.