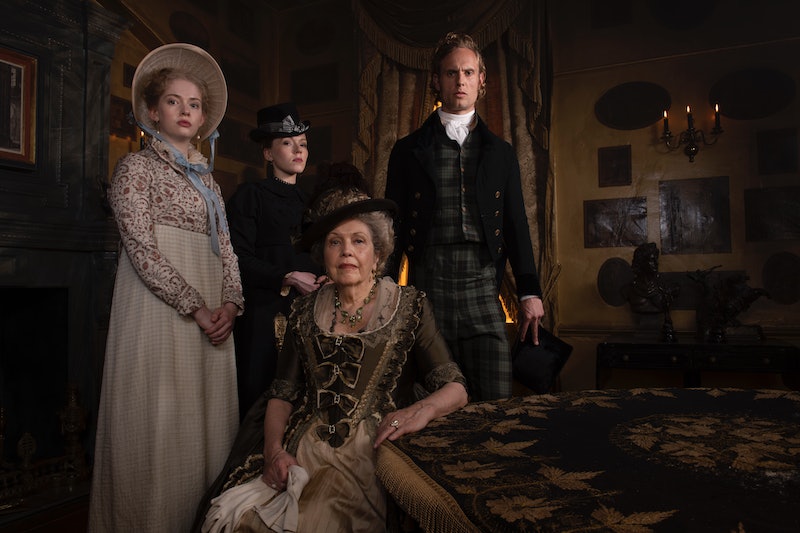 It's hard to beat the comforts of Sunday evening television, and with the arrival of ITV's Sanditon, viewers have a brand new period drama to delve into. The series is adapted from Jane Austen's famously unfinished novel of the same name, and tells the story of a young woman who arrives in the seaside town of Sanditon after leaving her life in the countryside behind. But is Sanditon based on a true story? Here's everything we know about the ITV adaptation.

According to iNews, the original novel is not based on a true story, and the town of Sanditon — in which the series is based — is also a work of fiction. However, elements of the story are thought to be greatly-inspired by Jane Austen's surroundings and experiences during the time the novel was written, which makes this period drama all the more intriguing.

Sanditon itself is described as a "modern seaside commercial town," and is thought to be based on the Sussex town of Worthing, a place Austen visited during the resort's inception back in 1805. Literary historians have also concluded that coastal regions such as Eastbourne and Bognor Regis could have inspired the setting of Austen's unfinished book — whilst some suggest that the character of Mr. Parker is inspired by the real-life figure Richard Hotham, who founded the town of Worthing.

According to the Radio Times, the eight-part ITV drama gets underway on Sunday, August 25, and stars Rosie Williams as the character of Charlotte Heywood, who runs into eventual love interest Sidney Parker (Theo James) after arriving in the fishing town of Sanditon. The show was penned by the award-winning screenwriter Andrew Davies, who is known for his work on previous Austen adaptations such as Pride and Prejudice. As reported by the BBC, Davies recently revealed that while writing the ITV series, he was given the perfect opportunity to explore themes usually not associated with conventional period dramas — including sex, nudity, and slavery.

According to the BBC, he said, "I aim to please myself when writing these things. sexing it up comes fairly naturally. If it's not there, I think 'let's put some in.' I like to write it and I like to watch it." Davies went on to reveal that the show's writing process was "very much a team job," and added, "We just sat around talking and thinking and saying, 'Dare we do that? Yeah!'"

According to the Guardian, actor Kris Marshall, who stars in the ITV drama, commented on the tone of Sanditon in comparison to the usual period drama format viewers have become accustomed to. He said, "Some period stuff can be quite dour and worthy and this is witty and lustful and lascivious. Sanditon is a place where anything goes." Screenwriter Davis also described the experience of adapting Austen's unfinished work as being a "privilege and a thrill," and promised that throughout the series, viewers can expect "a spirited young heroine, a couple of entrepreneurial brothers, some dodgy financial dealings, and quite a bit of nude bathing."