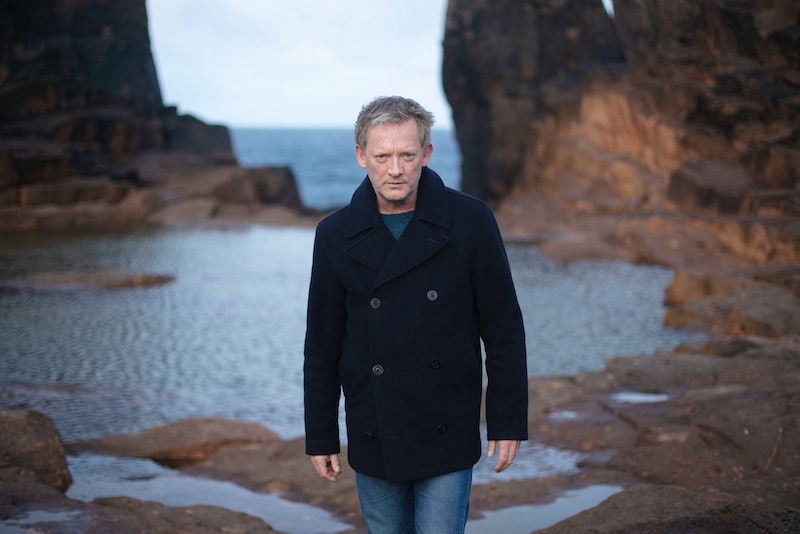 Shetland returns to the BBC tonight (Feb. 12) for series five and I couldn’t be more excited, because you know Detective inspector Jimmy Perez has a whole host of crimes to solve and mysteries to unveil. Ever since it first aired in 2013, Shetland has had crime lovers gripped thanks to its complex story lines and gruesome crimes, and series five promises to have all that and more. But is Shetland based on a book?

If Shetland the TV show isn’t quite enough for you, you are in luck. The BBC One hit is based on the bestselling series by critically-acclaimed crime novelist Ann Cleeves. There are eight books in total in the Shetland literary series, and the latest instalment of BBC's Shetland (season five) will be based on the eighth and last book, Wild Fire, according to the Express.

"Drawn in by the reputation of the islands, a new English family move to the area, eager to give their autistic son a better life. But when a young nanny’s body is found hanging in the barn of their home, rumours of her affair with the husband begin to spread like wild fire."

This season will see DI Jimmy Perez (played by Douglas Henshall) return to the island and work under his on-off lover and boss Willow Reeves (played by Nina Sosanya). I can feel the tension already.

Speaking about seeing her book series brought to life on the TV screen, Cleeves told Pan Macmilan: “I watch the TV show like any other viewer. Sometimes I'm shown the scripts or the DVDs in advance and I love going along to the read-throughs to meet the stars and the guest actors, but really I like coming fresh to the finished drama."

“The writers and directors and the actors have captured the essence of the books and the characters, even though they change the details of plot. The story that I loved most was one of the original stories, not an adaptation of the novels.”

Shetland has had viewers hooked since episode one — myself included. There is just something about that wild terrain, and the way in which the characters are all so interlinked adds greater depth to the mysterious plot lines.

Speaking on the BBC about why he thinks Shetland has been such a massive hit, Henshall said: “I think the viewers are naturally drawn to the place, the setting and curious about what Shetland is like. And, beyond the location, it’s a well written drama which draws you in.”

There is no doubt in my mind that series five of Shetland will keep me on my toes as much as the last, and that fact that it is based on the book makes it all the better. It means that, when Shetland leaves our screens once more, we can just go back and read the books to tide us over until season six begins.

Shetland season five starts on BBC One at 9 p.m. on Feb. 12. The books are available to buy here.