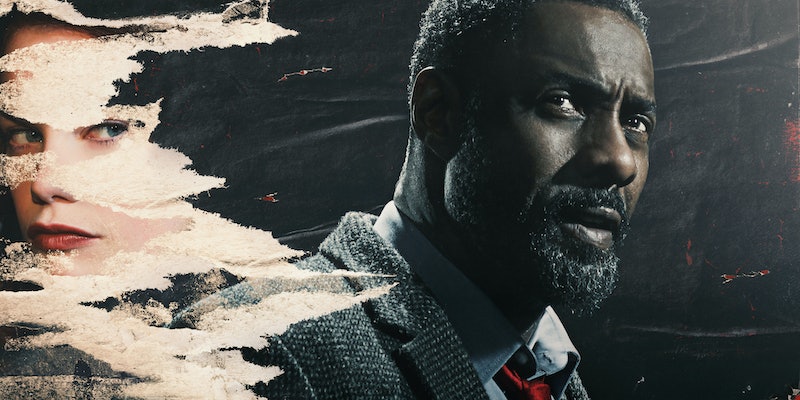 It’s dark, seriously thrilling, and back on our screens on New Year's Day. I can’t express how truly excited I am to see the return of Luther for series five. Whilst at times it has been terrifying, the story lines have had me gripped since series one first aired in 2010. The writing is so clever, there is no way you could second guess what is to come. So this got me wondering, is Luther based on a book? The BBC One crime drama is better written than many that have gone before it, so you have to wonder whether it is getting its genius from the pages of a book.

Series five of Luther has been hotly anticipated and according to the BBC, fans are in for an explosive new series. Luther will be facing the ghosts of his past as he tries to solves a series of murders across London with his new recruit D.S. Catherine Halliday (played by Wunmi Moskau) however they “are confounded by a tangle of leads and misdirection that seems designed to protect an unspeakable horror.” The creator of the series, Neil Cross, has been praised for his complex characters and chilling story lines, and it turns out he has released the first in a series of books for fans to delve into. However, Luther, the BBC series, is not based on them.

Rather than basing the series on a book, Cross first published The Calling: A John Luther Novel in 2011 as a prequel to the first series of the show. The book delves into the story that dominates the first series and ruins Luther’s life, the case of child killer John Marsden. The novel looks deeper into Luther’s own past and the small details mentioned in the show that weren’t explored more. Cross promises an insight into DCI John Luther’s mind, so if you are into crime fiction, this is the New Year's read for you. Cross discussed the book on the Simon and Schuster podcast and said:

“I did a lot of work on the character [of Luther]; working out who he was and where he came from, his relationships and where and how he became what he is. So I really wanted to tell that story in some way.”

The Calling was reported to be the first book within the Luther series, according to the Guardian, however others are yet to be released.

'The Calling' by Neil Cross
Amazon

Speaking about the writing and filming of series five of Luther on the BBC, Cross said:

“We missed John Luther. We missed some old friends. And we wanted to make the biggest, scariest, darkest, most thrilling series of Luther there’s ever been. So that’s what we’ve come back to do.”

I am not sure I can deal with the series getting any scarier than it already has been but you can bet that I missed it and will be watching from behind a cushion.

Series five of Luther airs on BBC One at 9 p.m. on New Year's Day