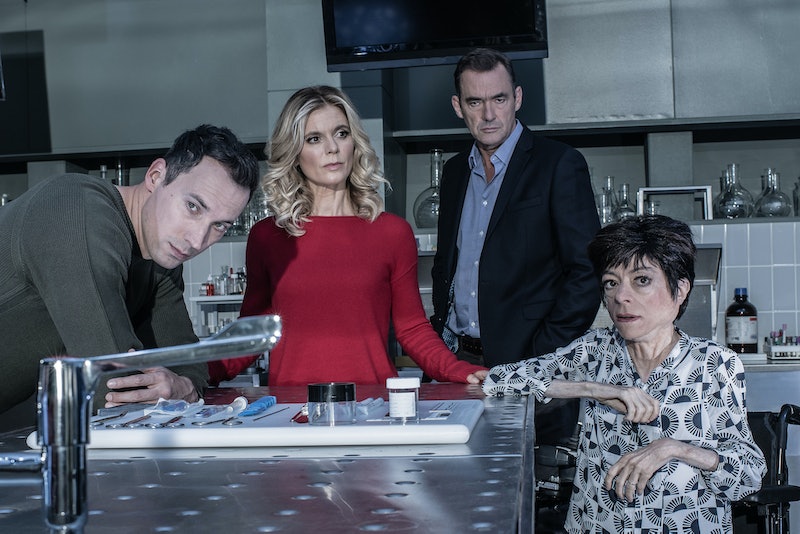 For any show to run for twenty two series and remain original and entertaining is quite a challenge. But Silent Witness proves it absolutely can be done. As series 22 aired at the beginning of January 2019 it has already served some serious drama, explosions, drugs, and death. It just keeps getting better and better. But now I'm beginning to wonder: is Silent Witness based on true stories?

As the BBC reports, the creators have always been open about how close to reality they try to keep the onscreen post-mortem process. But can the same be said for the storylines? The Silent Witness that I have known and loved is a tense, gripping crime drama starring Emilia Fox as Dr Nicki Alexander. However, it hasn’t always been that way. The series was first created in 1996 by a former murder-squad detective Nigel McCrery, the Daily Mail reports.

Silent Witness super fans will remember that, up until the eighth series, the show's main character was pathologist Sam Ryan, played by Amanda Burton. According to the Daily Mail, McCrery based the character of Ryan on Professor Helen Whitwell, who was a forensic pathologist that the writer worked with during his detective days in Nottingham. While there are no reports suggesting that any of the Silent Witness storylines mirror real-life events exactly, the Daily Mail makes clear that McCrery's "nine years in uniform would later give him the material he needed to create Silent Witness."

Silent Witness is often praised for how accurately it represents the process of investigating a murder, considering the constraints of it being a TV drama. They even have their own pathology advisor, Dr Stuart Hamilton, on set, the Radio Times reports.

Speaking to the Radio Times, Hamilton explained how he worked with the cast and crew to try and get things completely right. “It’s important to me that we get the pathology as accurate as possible,” Hamilton said. “The descriptions of the injury have to be just right."

“Emilia Fox is meticulous about getting things right. She’s determined that the actions which are second nature to me — as a real life forensic pathologist — look second nature to her onscreen. A less experienced actress might say, ‘We obviously do it like this,’ but Emilia is very quick to say, ‘Can we just double check things?’"

Going into more detail about the processes behind Silent Witness storylines, Hamilton told the Radio Times:

“The writers will come to me and say, ‘We want to end up with this cause of death’. I then have to work backwards and come up with pathology tests that lead us to that conclusion. It’s great that the writers listen to people like me as much as they do. I’ve seen drama on other channels where they just make up the pathology as they go along, but on Silent Witness, they’re so enthusiastic about getting every storyline as close to reality as possible without it becoming tedious.”

Having experts on set makes the cases on Silent Witness feel authentic. I have been on the edge of my seat every single week, and one of the things that sets the show apart is the level of depth that audiences see the pathologists go into to solve the crime. While McCrery may not have created Silent Witness to retell true crime stories, the detail the creators go into makes it feel like it could all be happening in real life.