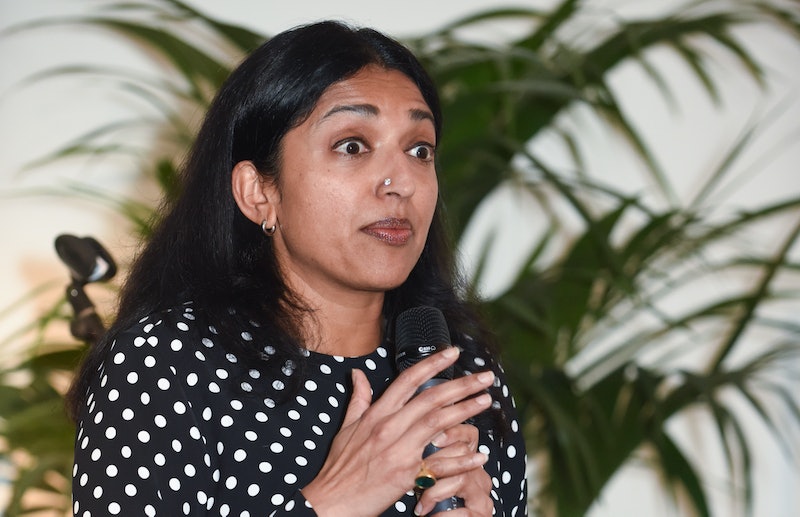 You wouldn’t think that a career in the city would set you up for the stand-up stage but Sindhu Vee is the former banker who has taken the Edinburgh Fringe festival and wider comedy world by storm. From her hilarious observations about modern living to anecdotes about attending a strict convent school while she was growing up in Lucknow, India, she is the comedian to watch right now. But is Sindhu Vee touring the UK in 2020? After absolutely nailing Edinburgh Fringe festival back in 2018, Vee has spent a lot of time of the road. And if you’re a fan of stand up comedy, you need to get tickets to see her.

Since being nominated for Best Newcomer at the Edinburgh Fringe festival in 2018 for her show Sandhog, Vee’s career has skyrocketed. It’s not hard to see why people loved her autobiographical show, which talks about her childhood and parents, transitioning from working as a banker to a stand-up, and what it can be really like being married for 20 years with three kids. I reached out to a representative for Vee to see if she would be taking her show or any new material on the road in 2020. I am yet to hear back, but will let you know if or when I do.

It would be completely understandable if Vee wanted to take some time out. To say she’s been busy is an understatement. Since the Edinburgh Fringe festival in 2018, where her show Sandhog gained serious recognition, she has appeared on panel shows like QI and Have I Got News For You. Since January 2019, she has been on the road with the show touring up and down the UK.

Speaking about her first experience with stand-up, Vee told the Evening Standard:

“My first performance was a heat in the Funny Women competition in 2012. I got offstage and never looked back. I was home. I cannot tell you how grateful I was.”

It could be argued that Vee came to comedy pretty late in the game. Before trying stand-up she worked in the city as a banker. Probably one of the furthest jobs from stand-up you can imagine. She’s got three children and a husband and her family life seems to have provided rich material for her show Sandhog. She also draws on family life in her BBC Radio 4 show Sindhustan. Series one of the radio show was released in July 2018 and covers everything from the route to wedded bliss to the sometimes tricky relationship between parents, in-laws, and their grandchildren.

Vee has been on tour with her show Sandhog throughout 2019 and there are still tickets available to see her live in Sept., Oct., and Nov. 2019 across the UK. You can buy tickets through her website or on Ticketmaster. It’s unclear when Vee will be on the road again. However, one things for sure: she’s hilarious and you can’t miss her. You can keep up-to-date with Vee on social media and watch this space for 2020 tour dates.

More like this
Alan Carr's 'Changing Ends' Is A Witty Sitcom Based On His Own Life
By Darshita Goyal
The SATC Stylist Revealed The Best (& Worst) Character To Dress
By Darshita Goyal
Prince Harry & Meghan Markle Are Puppets Now
By Sam Ramsden
Ed Sheeran Played A Surprise Gig At A Hobbit-Themed Pub
By El Hunt
Get The Very Best Of Bustle/UK
Sign up for Bustle UK's twice-weekly newsletter, featuring the latest must-watch TV, moving personal stories, and expert advice on the hottest viral buys.