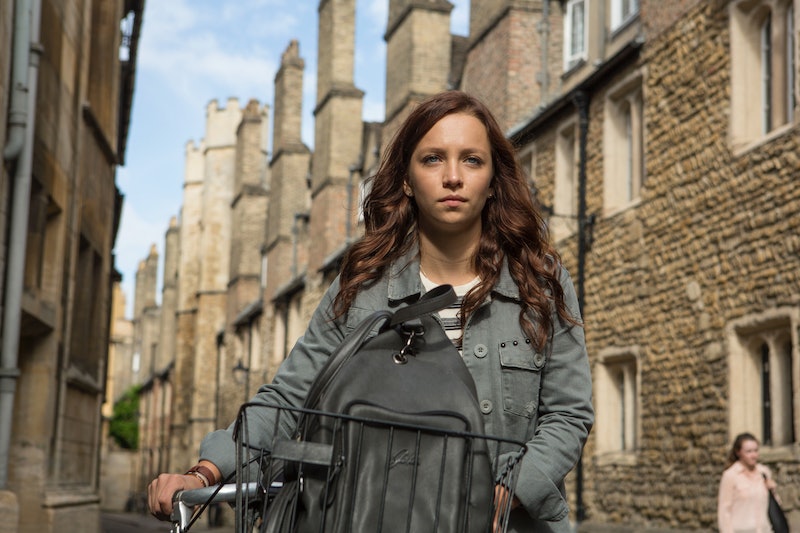 Clear any plans you had for every day this week, ITV is airing a gripping four part series over four days. Yikes, I know right? That's either the best thing ever or potentially the most stressful. Whatever side of the fence you lie on, you know that the channel that's given you the likes of Unforgotten, Broadchurch and Whitechapel how to give you unmissable TV. But is St Helen's College in Cheat real? When you hear what this show is about, you might well want to change your UCAS form.

Well y'all, worry thee not, it is not a real university. Despite being filmed in the world famous university town Cambridge, the show is not based on any university in particular. So you can keep Cambridge on your list of dream universities if that's your vibe. Especially if the idea of going punting tickles your fancy. Which is a fabulous way to unwind but maybe not ideal for filming, as director Louise Hooper shared with the Radio Times. Adding to the list that is traditionally regarding animals and children, Hooper said it is best to avoid working with the famous boats. "Never work with punts," she said.

So what is this show all about then? And why might it put you off going to St Helens were it real? Well it's all about two women whose professional issue spills into complete and utter chaos.

Leah, played by Katherine Kelly, is a professor whose life is ticking away at a fairly steady pace. She's trying for a baby with her partner, while also trying to get ahead at work. She has a heavy crush on a colleague that she's trying to ignore. You know, all life stuff. However all of that changes when she confronts Rose, one of her students, about what she suspects is plagiarism. Rose, played by Molly Windsor, is the daughter of a very well connected and wealthy man named William. William, played by Adrian Edmondson, is super wealthy and is helping to fund the university's development. In short, it appears that Leah may have picked on the wrong student.

However, Leah is passionate about professionalism and not willing to make exceptions for anyone, even the daughter of someone with power at the university. Rose doesn't take this well which causes quite a stir from the very beginning you are wondering whose side to take.

In the trailer it is clear that that one of them ends up in prison: but not clear who is the prisoner and who is visiting. In another scene, the women are both pictured covered in blood.

Speaking at a screening of the show, Windsor said: "I think at the start, both characters underestimate each other, and think that they’ve worked out the other one."

The ITV synopsis makes it clear that these two women will fight each other, to the literal end. "With two fiercely intelligent minds unwilling to back down, Cheat will keep audiences guessing from the start, exploring just how far we're prepared to stand up for what we believe, and at what cost".

Watch Cheat from at 9p.m., Monday, March 11 on ITV1 and then nightly at the same time until March 15.