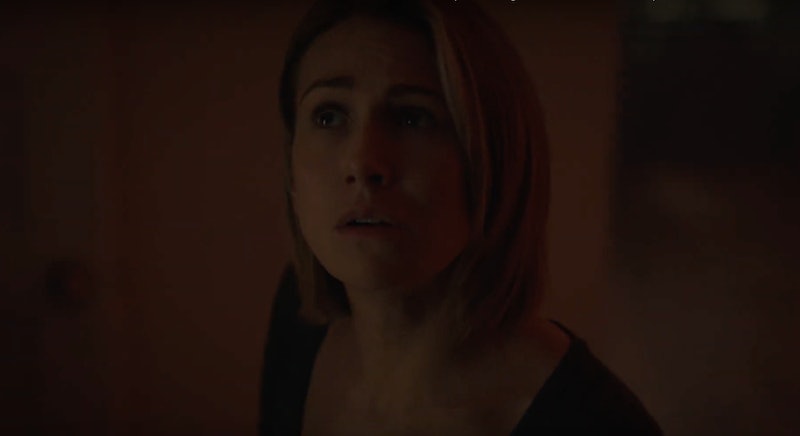 "Lifetime movie" is its own genre of film for good reason. They take only the most salacious, ripped from the headlines news stories and turn them into melodramatic masterpieces. So when a new film drops like the upcoming Stalker In The Attic, we can't help but wonder what the inspiration was behind this horrifying new tale. But those asking is Stalker In The Attic based on a true story might wish they stayed blissfully ignorant.

Though there's no official word from either Lifetime or the film's writer, Barbara Kymlicka, on where the idea for the film came from, the plot of Stalker In The Attic is as straightforward as its title. Single mom Mel (Jennifer Landon) breaks up with her live-in boyfriend Ben. Unfortunately it's her house, so Ben has to pack up and go in addition to getting dumped, something (per Lifetime tradition) he doesn't take well. After Ben leaves, strange things begin happening around the house that trouble Mel. Her daughter thinks it's paranoia and worries about her mom's mental state, but there's something more sinister afoot. Much like the title suggests, there's a stalker in the attic.

The plot of the film bears very close resemblance to a 2017 news story from Louisiana. WWLTV reported on April 29 of that year that a woman called the Laforche police after her ex Taylor Broussard entered her home without permission. On May 3, Broussard appeared again. He viciously attacked the woman in front of her small child, threatened her with a knife, and slashed several items in the house, including her mattress. He then stole her purse, phone, and SUV, making a getaway.

On further investigation of her home, police were horrified to discover bedding, food, water bottles, and plastic bottles filled with urine in the attic, suggesting Broussard had lived up there, stalking his victim for an indeterminate amount of time. Broussard was arrested soon after in nearby Baton Rouge, LA.

And that's not the only instance of this plot playing out in real life. it In 1941 there was the case of Denver Spider Man. A man had been hiding out in his victim's tiny attic crawlspace for months, before and after he murdered them. He'd occasionally dip down to get food and use the bathroom while his victim's deaf and mostly immobile widow was back from the hospital, leading her nurses to initially believe the house was haunted.

There's nothing more terrifying than realizing your home isn't safe, and Lifetime's found a way to combine both the physical and emotional disturbances with Stalker In The Attic.

More like this
'Dune: Part Two' Could Include A 'Little Women' Reunion
By Arya Roshanian and Alyssa Lapid
Jurnee Smollett’s Heart Is Healing
By Rebecca Carroll
What’s New On Netflix: Lana Condor’s Ghostly Comedy & A Sexy Reality Series
By Arya Roshanian
Kimberly J. Brown & Daniel Kountz Looked Back On Their ‘Halloweentown’ Romance
By Stephanie Topacio Long
Get Even More From Bustle — Sign Up For The Newsletter