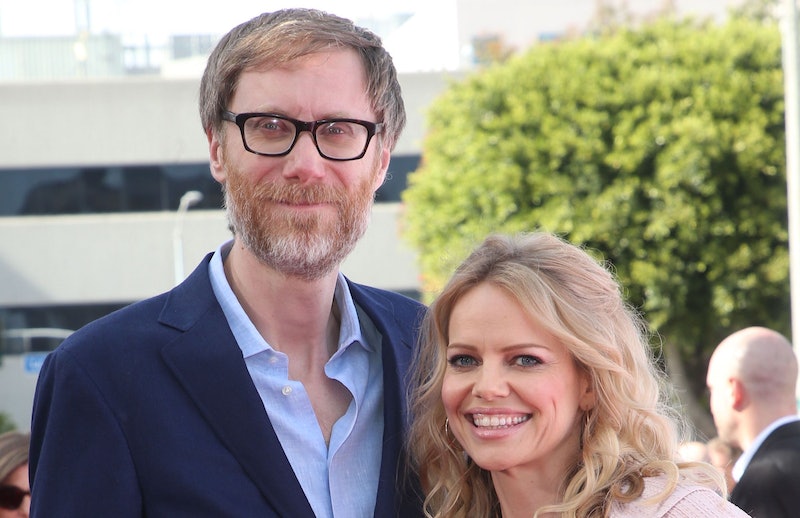 The BBC comedy Click and Collect is set to complete our Christmas Eve television lineup. The one-off special tells the story of two mismatched neighbours who end up taking a road trip together in search of a little girl's Christmas gift. Headlining the cast is actor Stephen Merchant, who has enjoyed massive success on TV shows including The Office. But is Stephen Merchant married?

According to the Daily Mail, the actor and writer has previously expressed his difficulty at finding love, which he reportedly blames on his 6 ft 7 inch stature and typically reserved British nature - however, after being spotted with American model and actor, Mircea Monroe, the 44 year-old appears to have found love after all. Monroe is a former cover girl for Maxim magazine, and the 36 year-old also studied at the Virginia Commonwealth University.

When it comes to her television work, the actor is perhaps best known for playing Morning Randolph on the TV show Episodes, which was co-written by Merchant, and has starred in plenty of other shows such as Scrubs, Without a Trace, Anger Management and more, reports The Sun. There has been no word of a marriage between the pair as of yet, however the couple have been linked as far back as July 2017, so a wedding could indeed be on the cards eventually.

As previously reported, Merchant is set to star in the upcoming BBC Christmas comedy, Click and Collect, which will air on BBC One at 9 p.m. on Monday December 24. Merchant plays the character of Andrew Bennett, a father who fails to buy the one present his six year-old daughter had her heart set on, Sparklehoof the Unicorn Princess. According to the Radio Times, co-star Asim Chaudhry, who is known for his work on People Just Do Nothing, appears as his annoying, over-bearing neighbour, who manages to track down the very last Sparklehoof toy in the whole of the UK. The unlikely duo then set out on a quest to retrieve the present, and hopefully make his daughter's Christmas dreams come true.

When commenting on the BBC comedy, Merchant said "Every year, my family watch the big Christmas TV specials and my dad falls asleep half way through. This year, I’m very excited to be starring in a big Christmas TV special that my dad can fall asleep half way through," and co-star Chaudhry added "I’ve been a huge fan of Stephen’s work for many years so it’s a dream to be working with him. I’m also over the moon about the fact that my ten-year-old sister can finally watch something I’m in that’s family friendly and wholesome, lol."

The show was written by Lloyd Woolf and Joe Tucker, who are most notable for their work on Big Bad World, Parents and Witless — and is directed by Ben Palmer, of The Inbetweeners Movie fame. Click and Collect sounds like it's going to provide some perfect light-hearted festive viewing, and I can't wait.

Click and Collect airs on BBC One at 9 p.m. on Christmas Eve.