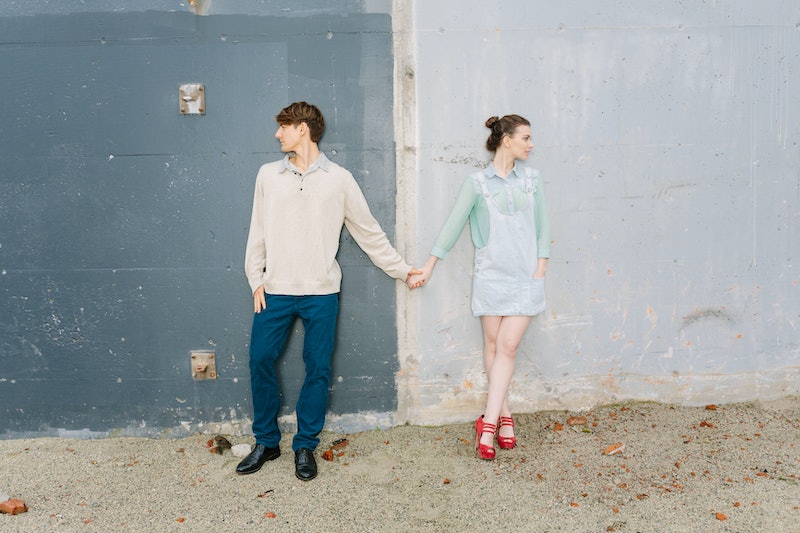 If common dating etiquette is to be believed, you should avoid religion, exes, and politics on first dates. However, these are all fairly fundamental things to establish a person's view point on and, with Brexit essentially taking over every aspect of life, isn’t it better to know what your date thinks? It seems that many singles agree with me, as a recent study has found that many singles are open to talking politics on a first date. Yep, that's right. If you thought a Friday night drink with a Bumble bae was a Brexit-free zone, think again. It looks like many daters are ready to get down to the nitty gritty during their first meeting with someone new.

Elite dating app The Inner Circle conducted some research into how open members of their site were to talking about politics on a first date. And it turns out people are more than prepared to do so, as 62 percent of singles would be happy to talk politics on a first date. Political beliefs are kind of a big deal, so surely it makes sense to get voting intention out of the way pretty sharpish, right?

There is nothing worse than finishing your second espresso martini and watching your date, who up until that point had been lovely and promising, get on their soapbox and break down exactly how feminism is "unnecessary." Thank you, next.

But, if you aren’t going to tackle political views on a first date, at what point is it acceptable? The study conducted by The Inner Circle found that 13 percent of their members said that they would be really happy to share their political views with their partner. However, the first date was off limits for them.

In addition, 25 percent of members said they would never discuss politics on a date at all. With Brexit essentially occupying the airwaves 24/7, I applaud those singles out there who manage to skirt around politics all together.

There is no denying the fact that Brexit has been divisive. How you voted is such a loaded topic, and each side has fought with fiery emotion. However, when The Inner Circle asked their members whether they were happy to share their election and referendum voting intentions with a partner, 68 percent said they would within the first three months. Ten percent said they would be a little more private and wait between three to six months, while the most secretive 12 percent said that what happens at the ballot box should stay there.

CEO and founder of The Inner Circle David Vermeulen said in a statement sent to Bustle UK:

“Most singles are searching for people who are on the same page as them in life — but this doesn’t mean they have to agree on everything. Discussing politics and current affairs can be a good way to get to know your potential partner and find out what makes them tick.”

I will hold my hands up and say, as a bit of a politics geek, I can be a little bit judgemental if someone doesn’t vote the same way as me. However, I am not in the majority. As The Inner Circle states, 66 percent of respondents were far more open minded than me, saying they would be happy to date someone on the opposite end of the political spectrum. Men proved to be more flexible in the study, as 73 percent said they would date someone who voted the opposite way to them, compared to 63 percent of women.

In a world that feels like it has gone a little bit politically mad, The Inner Circle’s study suggests that singles are not only more open to talking about politics on a first date but they're also open to date someone who doesn’t agree with them. While Theresa May is struggling to get Brexit through, I am fighting to get a text back. Maybe it is time to be an open book, tell my dates how I vote, and accept it if they don’t swing the same way.

More like this
Cookie Jarring Is The Dating Term You Need To Know
By Sophie McEvoy
Virgo & Sagittarius Zodiac Compatibility, According To Astrologers
By Kristine Fellizar
Tom Sturridge & Alexa Chung Are Enjoying A Summer Of Love
By Frances Stewart
Nicholas Hoult Has The Sweetest Things To Say About His Family
By Sam Ramsden
Get The Very Best Of Bustle/UK