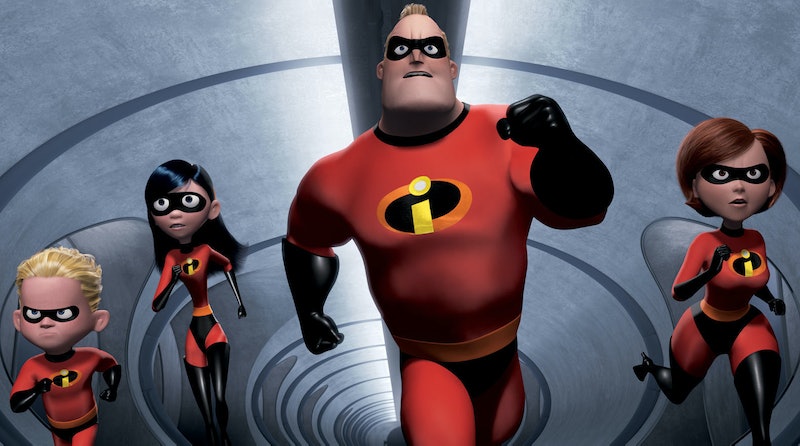 It's been 14 years since we last saw the Parr family in action, but they're back with no time passed in Incredibles 2. Picking up right where the first film left off, the sequel sees Mr. Incredible, Elastigirl and their three children fighting super-villainy as a full-fledged family. Unfortunately for them, they still live in a world where super-heroism has been outlawed by the government. But the issue's heading to the U.N. for a worldwide summit, and it's there the Parrs find an unlikely champion — an ambassador who's committed to legally supporting super-heroism. But is the Ambassador in Incredibles 2 based on a real person?

It's unlikely that there's one direct inspiration, as currently the U.N. is focused on frying bigger fish on the international scene. But there are some women involved on a world scale that definitely influenced the Ambassador's design, at least. Voiced by esteemed actor Isabella Rossellini, the Ambassador is cool and collected, and on the side of Elastigirl when the hero saves her life during a super-villain attack.

The diplomat's distinct eyebrows and strong lips, along with her general sense of confidence, are indeed reminiscent of a real-life political power-player. Madeline Albright, the first female Secretary of State in the United States and former U.S. Ambassador to the U.N., bears striking resemblance to the Incredibles 2's animated appointee.

Of course, the Ambassador isn't meant to actually be Albright, as the movie takes place in the 1960s and the real politician was most prominent during Bill Clinton's 1990s presidential stretch. She was appointed to her role by Clinton in 1997, and over the years she became internationally known for both her achievements and controversies, such as supporting the second invasion of Iraq under President George W. Bush in 2003.

In the Disney promotional image of the Ambassador above, the character sports a lapel pin, an accessory Albright became deeply associated with during her tenure. She began wearing them as political and fashion statements in 1994, after the Iraqi press called her "an unparalleled snake." The next time Albright visited Iraq as a U.N. delegate she sported a coiled snake pin, as The Times reports. Visiting the Russian Foreign Minister after it was discovered the Russian Secret Service had attempted to bug the U.S. State Department, she wore a variety of insect pins. She even wrote a book about her sartorial statements, called Read My Pins, as recounted by The New Yorker.

However, Albright was never quite as formal as the Ambassador appears in Incredibles 2, with the full suit and turtleneck look. Combined with that towering coif of hair and whiff of conservatism, the Ambassador also bears strong resemblance to another famous female politician — The Iron Lady herself, Margaret Thatcher.

A divisive, intense woman whose life was devoted to politics, Thatcher was never a U.N. Ambassador, but was Prime Minister of Britain for over a decade and cast a long shadow over politics that still lingers today. While her style of conservatism helped define the '80s, that also makes her not a direct inspiration for The Ambassador because of the time period differences.

As Buzzfeed reports, The Incredibles, and therefore Incredibles 2 which picks up just three months after the original, is set in the year 1962. Yep, despite all the futuristic gizmos, there's a newspaper that specifically sets the retro date. Of course, there were women involved in politics during that decade, and politically active women in the decades before as well. But it's safe to say that neither Albright nor Thatcher — nor any other female politician working today — is meant to be the Incredibles' character's direct inspiration. But that's the beauty of animation — you can create any world you want.