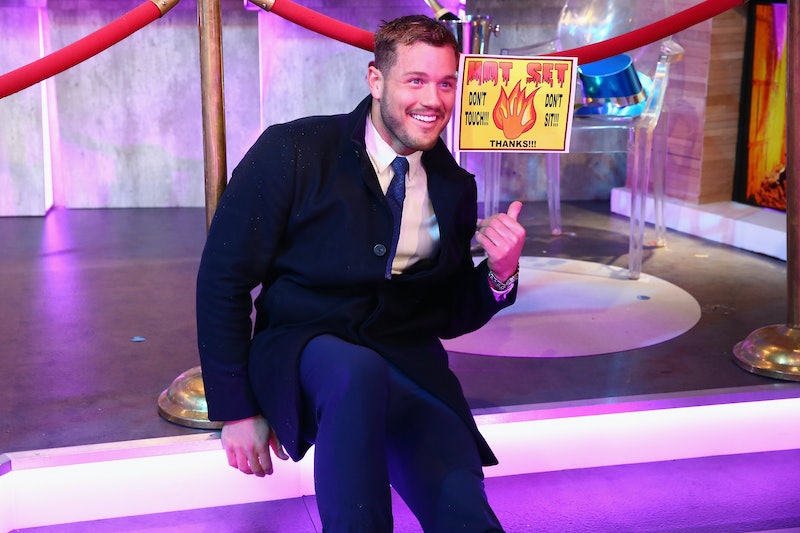 What better way to fill the long void which Love Island leaves in its wake than watching the show that inspired it? The Bachelor is the OG reality show where the aim is to fall in love, or in keeping with UK parlance, "couple up." It's mostly been a U.S. thing since its inception, but now the UK has caught on. That's not surprising when you have a contestant like Colton Underwood. After having his heart broken on the show twice, the former professional footballer is back for a third time. But if you're wondering how to watch Colton Underwood's series of The Bachelor in the UK, I'm afraid I have some bad news.

At present, season 23 of The Bachelor is not airing in the UK. I know, I know. ITVBe broadcasts the ABC show in the UK, and on January 6 it broadcast the first episode of Rachel Lindsay's series of The Bachelorette. I don't mean to alarm you, but that aired in the U.S. in 2017, so you could be waiting for some time until the Colton Underwood version makes its way across the Atlantic.

Underwood first marked his reality TV territory on May 18, 2018 on series 14 of the Bachelorette — y'know, the one where the women get to hand out the roses — but he was sent home by Becca Kufrin, according to USA Today. Kufrin was also the winner of season 22 of The Bachelor — this franchise loves a comeback.

Kufrin expressed her support for Colton ahead of series 23 on her Instagram, as she posted a throwback of them on their series, commenting: "Colton, as you once told me 'let’s get tonight poppin.' So go get em tiger! Excited to meet your women and have you take us on your lurve journey (drink). It’s going to be one helluva ride, but hopefully worth every second. All my love and support to you because you deserve it 💖#thebachelor"

Colton's second appearance on the show was in more tropical climes, as he hoped to couple up with someone on the fifth series of Bachelor in Paradise, which premiered on Aug. 7, 2018, according to Elite Daily. He was even more heart-wrenchingly unlucky in love that time around, when he reportedly fell for fellow contestant Tia Booth, but had his heart broken by her in week four. Booth's not been as congenial as Colton's other ex, as she roasted him ahead of series 23, telling USA Today that she thinks they're "0 percent compatible."

If you just need some TV that'll fully suck you in, then this is it. Colton's third time trying is bound to be his wildest yet. But unfortunately, UK viewers, you'll have to start by getting stuck in to Lindsay's series which is airing on ITVBe. Additionally, British fans can look forward to their very own version of the show landing on Channel 5 this year, The Sun reports. Hosted by Mark Wright, Deadline reported in 2018 that filming was due to take place that autumn in South Africa. At least that's something to look forward to.