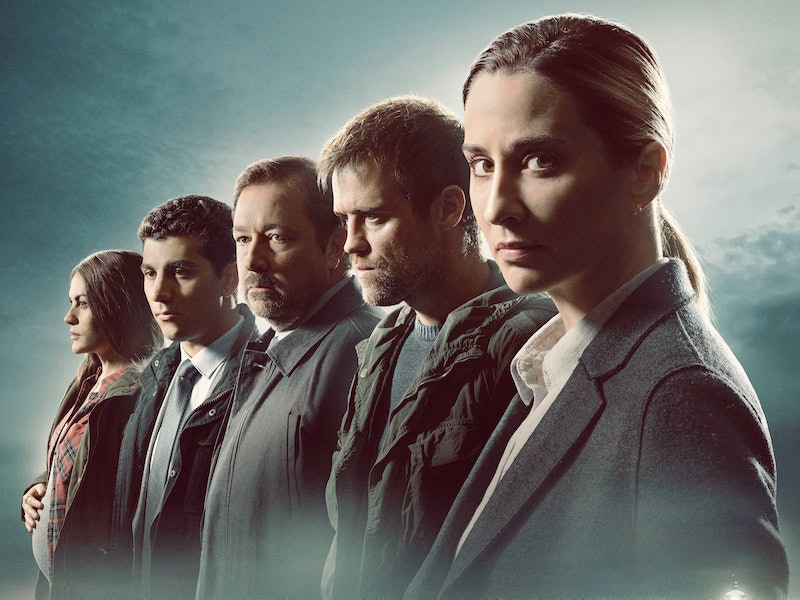 One thing's for sure: there will never be enough murder mystery series in the world. They keep the working week ticking along, as the question of whodunnit keeps you going through your boring days at the office, and each week, the show gets a little closer to revealing the answers you've been agonising over. That's why it's so exciting to know that ITV has a new and explosive crime drama on the way, and The Bay is bound to be your next murder mystery obsession. But is The Bay based on a true story? The already eerie show is going to seem a lot more unnerving if it is.

The murder mystery genre has largely been male fronted, so it's really refreshing to see a new league of investigative dramas in which a woman is the main character attempting to solve the crime. I reckon The Bay is going to be at the forefront of this relatively recent movement, as it sees Morven Christie (of The A Word and The Replacement fame) taking on the role of Detective Sergeant Lisa Armstrong.

According to its official ITV site, episode one — which premieres on ITV1 at 9 p.m. on Wednesday, March 20 — sees Armstrong sent to work as a Family Liaison Officer on a case that feels all too personal to her. However, Armstrong struggles not to get too closely involved, as per her detective training.

While The Bay will feel uncannily true to life, it doesn't necessarily take inspiration from one real account. Instead, its writer Daragh Carville — who's perhaps best known for penning the BBC3 series Being Human – recently told Good Housekeeping that the show takes influence from "the role of the Family Liaison Officer." He continued:

"I wanted to write something that spanned genres by being both a crime drama and a family drama. I did some research into the role of the FLO and became fascinated by the people who do this job and volunteer to go into the homes of families at the worst time of their lives."

The show's also inspired by its setting of Morecambe Bay, where Carville himself lives. Carville states that "there’s never been a TV show set in that area." That might be why The Bay is already being compared to the BAFTA-winning detective series Broadchurch, whose coastal setting is also integral to the drama.

Sure, you might have had a big Broadchurch-shaped hole ever since the Olivia Coleman-fronted series concluded in 2017, but The Bay might just be the closest show to fill it. The six-part season is set to be an addictive yet chilling drama, and I reckon you'll be thinking about it all work-week long. As Digital Spy writes, the first season will see Armstrong investigating the disappearance of two teenage twins before she quickly realises that she has a horrifying connection to the case.

Intrigued? You should be. This could be the next big detective show. I spy a BAFTA around the corner. I'm way too excited for it already.