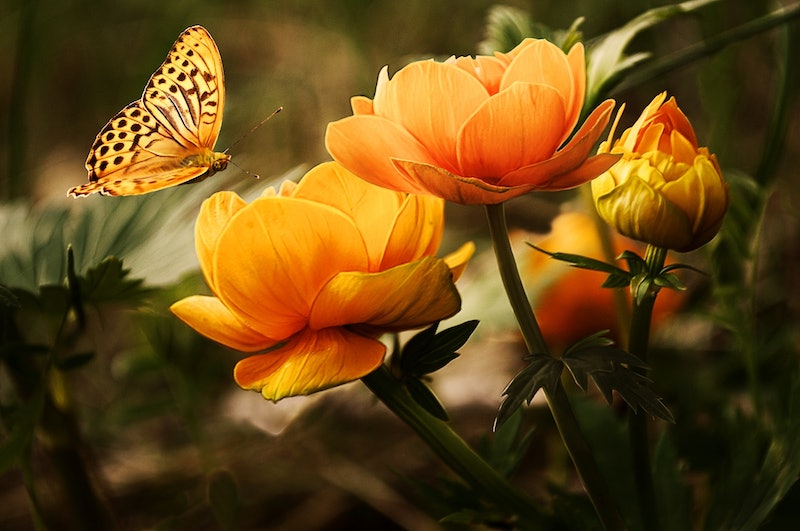 With May approaching quickly, you may have heard some chatter on the internet about something called the "Flower Moon." In fact, you're probably wondering if this 2017 "Flower Moon" is rare. What else would make a simple full moon so noteworthy? I hate to nip your excitement in the bud, but the answer is a resounding nope — the Flower Moon is neither rare nor unpredictable, and occurs every year around the month of May. But that doesn't mean you can't enjoy the view of a lovely full moon on May 10, and the history of full moon names is interesting enough on its own.

Back in the day (read: pre-colonial times), most Native American cultures used a lunar calendar to keep track of time. Instead of dividing the year into months like the Julian or Gregorian calendars, they noted the passage of the seasons by giving each moon cycle a different name. The actual names varied from culture to culture, and so did the number of cycles that constituted a year. The Lakota calendar, for instance, lasted 13 moons: three for spring, summer, and fall, and four in the winter. Others had 12 or fewer, while some added an extra cycle every few years to keep the calendar in sync with the seasons.

When outsiders began colonizing North America, some adopted the practice of naming moon cycles. Today, The Old Farmer's Almanac still uses the names given by the Algonquin people. Currently, we're in the last few days of the Pink Moon, named for the brightly-colored wild ground phlox that blooms around April, and the next moon cycle is known as the Flower Moon. Since this cycle happens every year, I wouldn't exactly call it rare.

Referring to the explosion of plants around this time of year, the Flower Moon will be full in the early evening of May 10, after which it'll wane until the new moon on May 25. It's also known as Mother’s Moon, Milk Moon, and Corn Planting Moon, and according to the Almanac, folklore holds that it's the perfect season to get engaged.

If you don't find the moon phases all that fascinating, there's still skywatching to be had in May. On May 6 and 7, be sure to catch the peak of the Eta Aquarids meteor shower near the Aquarius constellation. It takes place on a weekend this year, so you won't even have to drink your body weight in coffee at work the next day after staying up all night.

By the way, after the Flower Moon comes the Strawberry Moon, so you can expect the internet to get excited all over again in June. If the coffee gods are listening, I'd like to point out that it's the perfect opportunity for a themed Frappucino. Hint, hint, Starbucks. Just saying!