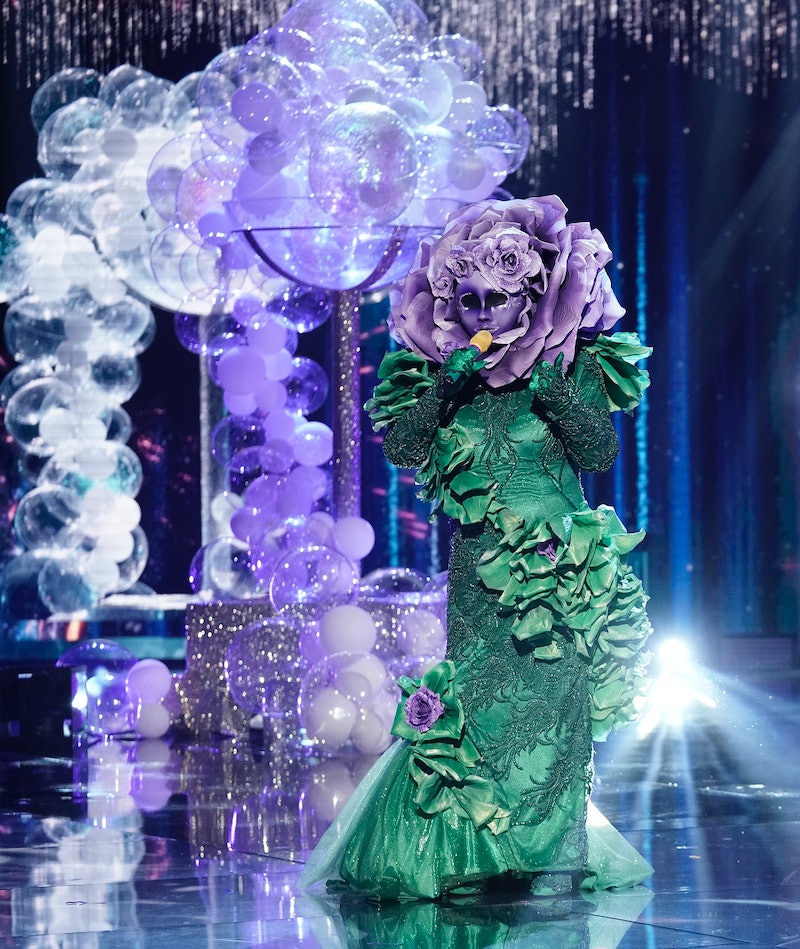 Since the first time she opened her petals onstage, fans have been convinced that the Flower on The Masked Singer is Patti LaBelle. And as the season has progressed, the theory has become increasingly likely. Just look at the clues provided so far:

This matches up with LaBelle almost exactly. She received an honorary doctorate from Temple University in 2010 and used to have her own makeup and perfume line; she has a show on the Cooking Channel and famous pies you can buy frozen; and while "Vision of Love" is a Mariah Carey song, as TV Insider points out, LaBelle is Carey's godmother.

Then, of course, there's that voice. When The Flower sang, she rendered Nick Cannon and everyone on the panel speechless with her impressive range. It's clear she comes from a performance background, and someone nicknamed the "godmother of soul" certainly qualifies. The Flower has hit some high notes that not many people besides LaBelle could nail.

Not convinced? Look at the Flower's body language during her performance of "9 to 5" and after:

Then compare it to how LaBelle carries herself on stage:

That being said, LaBelle was a popular theory for the Bee during The Masked Singer's first season, only for it to be revealed that it was Gladys Knight inside the costume. Perhaps all the speculation inspired LaBelle to join the show for Season 2, but if so, she's playing coy. During a recent radio interview with Andy Cohen, LaBelle vehemently denied that she's the Flower, insisting that the mask looks too spooky and uncomfortable for her taste. But that sounds exactly like what someone contractually obligated not to reveal they are the Flower would say.