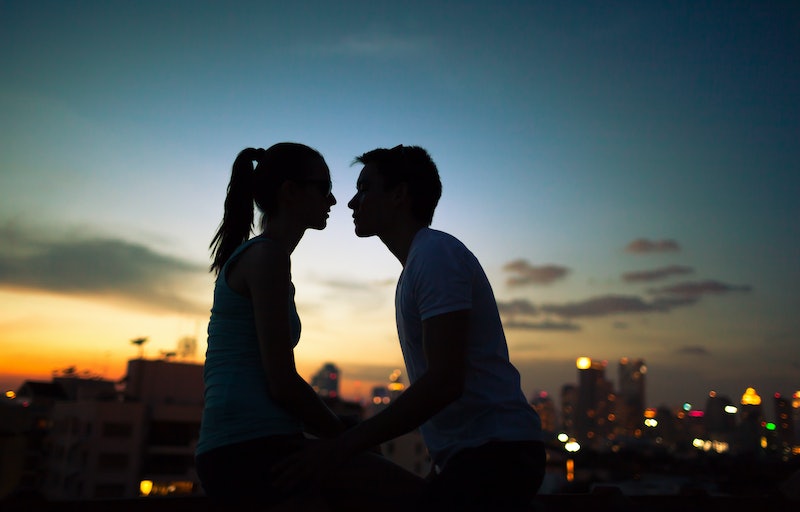 Chances are if you’ve been single for any of your adult life and dated a little bit, you’ll have come across someone that you like but you don’t like like. When you get on with someone, they make you laugh, and you can see how they’d be attractive but they just aren’t for you, it can be super frustrating. So, you decide to just be friends. While the friend zone is pretty much just like any other type of rejection, it’s nice to recognise that there is something between the two of you. But is the friend zone permanent? While some would argue that after you’ve lounged around on the sofa together, told each other about the dates in your life, and revealed your grossest habits, you’re at the point of friendship where no romance can be relinquished. However, others have found that friendship is the perfect foundation for romance to blossom.

With more people meeting on dating apps, the concept of sliding into people’s DMs becoming fully acceptable, and social media allowing you to see most of your crush’s romantic history, there’s just no dating rules anymore. However, the idea of the friend zone has prevailed. It’s described on Urban Dictionary as, “A particularly aggravating metaphorical place, that people end up in when someone they are interested in only wants to be friends. It’s impossible to get over someone while in the friend zone, because, as friends, you still see them too often for them to be erased from your memory, and yet, you can’t be with them the way you want.” All sounds pretty nightmarish to me.

Ariel is single and, when it comes to her dating life, she’s not about to muddy the water with adding friends in. “I believe that the friend zone is permanent, easy to slip into, and impossible to move beyond,” she says. “I don't date friends, coworkers, or people I live with and wouldn't risk ruining a friendship with a one night stand, a friends with benefits arrangement, or sympathy sex.”

Everyone knows that couple who moved beyond the friend zone and lived happily ever after. It feels a little bit like an urban dating myth that people pull out when they’re looking for some hope and reassurance. Ariel says, "I know one couple who got engaged after being best friends since they met at school," she says, "but sometimes I wonder if they are really sexually attracted to each other or have just taken friendship to the next level because they don't want to be single."

While the friend zone seems like a pretty permanent destination, this isn't necessarily the case. After finishing university, Joe moved in with two girls he met on Spareroom. He didn’t realise that romance would flourish. He says, “I wasn't looking for a romantic relationship in my life when I moved into the flat, and Hannah and Katie were such a good laugh.” He continues: “While Hannah and I initially didn't see each other in a romantic way, we have also both said that over time, a mutual attraction arose. It always seemed to be just the two of us doing everything couples do without the physical intimacy.”

Joe and Hannah have now been together for two years and, rather than seeing their friendship as a bad thing, he believes it helped them grow as a couple. He says, “I'd say the first month definitely felt weird! I found it was the small things that were hard. For example, before I would come home, see Han in the kitchen, have a catch-up, and then head to my room. But now, I was stressing over every word I would say.” However, remembering why they were friends in the first place helped the relationship. He says, “Han was really good at reassuring me early on, and just plainly said that everything was fine. So after that, all the other stuff just took care of itself naturally.”

And Joe and Hannah aren't alone in the view that friendship can make a relationship stronger. Ian and Emma met at school, and Ian says, "we were close friends for six or seven years before we started dating as adults. We dated for a bit, maybe four months when we were 16 but we broke up. We'll have been together three years in November, engaged for two."

Instead of seeing the fact that they knew each other in their awkward teen years as a negative, they believed it meant they got closer, quicker. Ian says, "we had moved in together within ten months with the intention of buying a house and we were engaged after only twelve months. I think we skipped the whole getting to know each other phase because we'd practically been best friends for years before hand."

So, the jury is out on whether the friend zone is a permanent destination or stepping stone to romantic happiness. No two people's love life is exactly the same and there’s no best way to meet someone. What’s so clear is the best way to ensure you’re happy is by being open and honest with yourself and the people around you.

More like this
Cookie Jarring Is The Dating Term You Need To Know
By Sophie McEvoy
12 Ways You're Sabotaging Your Love Life
By Teresa Newsome and Lexi Inks
9 Unmissable Moments To Relive From The Commonwealth Games
By El Hunt
Virgo & Sagittarius Zodiac Compatibility, According To Astrologers
By Kristine Fellizar
Get The Very Best Of Bustle/UK