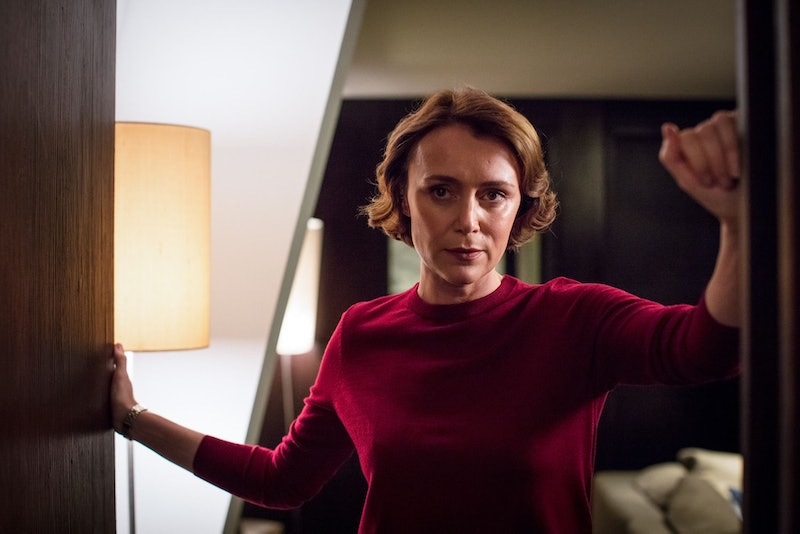 Aside from being one of BBC's biggest dramas ever, Bodyguard seems to have lingered in the mind of everyone who watched it way after its first series ended, to the point where you're probably Googling "when's Bodyguard back on again?" every day. There's a big question mark surrounding what Series 2 will entail, especially since the show threw that massive curveball by killing off its main character not even halfway into its first series. But was that even for real? As you anticipate the second series, it's worth confirming: is the Home Secretary definitely dead in Bodyguard?

Appearing on ITV's This Morning on Thursday, April 4, Keeley Hawes, who played Bodyguard's HS Julia Montague, really stirred the pot. When asked about the fate of her character, Hawes remained coy, which has got me feeling uncertain as to whether Montague really did die. Actually, it's making me question everything I thought I knew about Bodyguard altogether.

But I'm just a typical Bodyguard fan, and I think, like This Morning hosts Holly Willoughby and Phillip Schofield, I might be feeling a little bit more hopeful about Montague's fate than I should be. I can't help it. While I didn't exactly love her character on the show, I'd still prefer to have Hawes' scintillating talent around for Series 2.

"It's extraordinary you can be blown up on screen and still people think it would be fine," Hawes said, reaffirming that yep — she dead. And from the sounds of her interview with Willoughby and Schofield, it seems as though Hawes doesn't really want to return to the level of fame that Bodyguard brought her.

While she told them that her performance as Louisa Durrell on ITV's The Durrells meant that she'd had lots of fans stopping her in the street, Bodyguard took things to a level that she doesn't seem to be comfortable with. "It was like an anxiety dream, it was my son's birthday and we had booked to go to Thorpe Park, and walking straight into Thorpe Park I was trapped on rides of people [taking photos and videos]," she told Willoughby and Schofield.

Hawes is also set to appear on Graham Norton on Friday, April 5, as the Daily Mail reports, where she'll reveal that she took inspiration from Amber Rudd — who served as Home Secretary from July 2016 to April 2018 — for her character on Bodyguard. As she told Norton, even Rudd can't believe that her character's dead.

"I actually bumped into her in a restaurant and she told me she really enjoyed the show. She did ask me if I was really dead!" the actor said. For some reason, people are finding it hard to believe that Montague won't appear in series two of Bodyguard — at least alive. But you really never know with this show. I hope series two rolls around soon so that Hawes won't have to keep getting asked the question of whether Montague's really dead when she's just trying to enjoy her life.