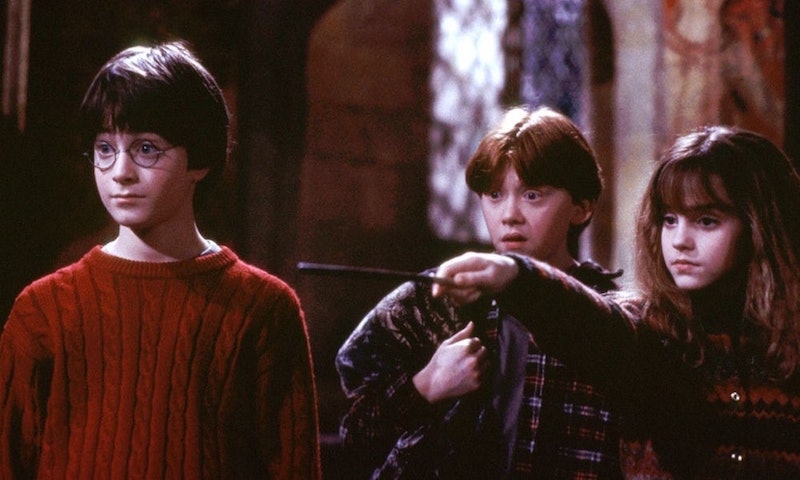 I never thought that a Reddit user with the name VapeItBro would be delivering unexpected updates from the wizarding world of Harry Potter. I normally look to JK Rowling for those, but here we are. The user submitted a video to Reddit of leaked footage from what they said was a new Harry Potter game which instantly sent the internet into a tizzy. Although there’s quite a few Potter games around, it appears to be a brand new edition. Which has Potterheads around the world wondering, is the leaked Harry Potter game real? Warner Bros. have kept very quiet about it but all signs point to yes.

Reddit user VapeItBro was the first to post the YouTube video which has grainy footage of the supposed new game, sharing it on Reddit where it quickly attracted lots of attention. Although we don’t know for sure if it’s the real and much anticipated game, there’s no denying that the footage in the leak looked professionally made and I basically need to play it now.

In a since-deleted comment, VapeItBro shared further details of the game and told Eurogamer that it’s set in the 19th century — so prior to Harry and the gang’s hijinks. It also seems like it’s going to be a fresh new Potter story as it’s said to revolve around “a fifth year student who joins Hogwarts as a late arrival. You'll be able to curse (and possibly kill?) "dark wizards" and "goblins", choose from eight character classes and either act good or evil.”

The video has since been removed from YouTube by Warner Bros. Entertainment Interactive on the basis of “copyright grounds”. If you’re keen to see the footage — and you really should be — a quick thinker ripped the video and posted a mirror which is still up here. We’ve reached out to Warner Bros. for further clarification, but I feel like the fact they jumped on the copyright claim so quickly is a sign that it’s the real deal.

Another BBC journalist named Lizo Mzimba added fuel to the fire by tweeting out a potential name for the project. He wrote, “Am told this is from a yet to be announced RPG currently titled Harry Potter Magic Awakened, although other titles including Magic Forever are also in the mix. Other Potter games are also thought to be on the way.”

Okay, so not the coolest game title. But, we could be getting a new Potter game and really that’s all that matters.

I’ve dabbled in Potter games in the past (the shrieking shack in Harry Potter and the Prisoner of Azkaban for GameBoy Advance was a puzzle solving nightmare) and this looks completely unlike anything else I’ve ever seen before. The graphics are super slick and the world is beautifully realised: for instance, the leaked video opens with a grin-inducing shot of the Great Hall’s doors being thrown wide open as the camera pans up to its iconic stained glass windows and floating candles. It also looks like you’ll get to explore a number of Hogwarts classes as there were shots of potions set up, a character exploring what seems to be Professor Sprout’s greenhouse and students messing about with transfiguration.

It's not all just studying for your OWLs and NEWT exams though, as there were shots of sites beyond the castle walls. I spotted a lush bit of greenery I’d wager is the Forbidden Forest and cobbled city streets that could potentially be Hogsmeade (or Diagon Alley, I’m down for both TBH).

The most exciting bit for me was that there was a character creation screen, where it seems like you were able to choose everything from your own avatar’s hair, robes to eyes. As someone who’s always been bitter that there wasn’t more POC representation in Hogwarts, I was also thrilled to see you could choose from a number of skin tones — so you know that if this game ends up dropping, I’m immediately making the first Filipina witch to put on a Sorting Hat.

There were some other cool Easter eggs including what looked like a ton of magical beasts, a montage of spell-casting sequences and a chance to perfect for your best Professor Quirrel scream as the video ended with a face-off against a troll in what appears to be a dungeon. Towards the end, there was also a short and thrilling battle sequence where the main character blasts open a door, attacks goblins with spells, and literally pulls an entire roof down over their heads. Pretty brutal.

I’m also super intrigued by the morality aspect of the game as, if VapeItBro’s comments about the ability to “act either good or evil” are true, it could change everything we know about Potter and make it a much darker universe.

Although I personally couldn't see it in the video, they said that the role-playing game "has killing and unforgivable spells" which would definitely help tip you to a much darker side. There’s a few games around where the choices you make have a huge impact on the storyline like Telltale Games’ Walking Dead series, sending you down different routes depending on whether you choose to be good or evil. I’m not saying that I’m going to default to becoming a Death Eater or joining Grindelwald, but I’m curious to see what those guys get up to.

For my fellow gaming geeks out there, let’s get into the rumoured team behind the project. It was claim at first that Rocksteady (the team behind Batman’s Arkham series) were developing the game as they’re technically owned by Warner Bros. Interactive. It would make sense, since they've published Harry Potter games in the past. However Eurogamer reported that a reliable source has told them that even though Rocksteady is working on a game, “this Harry Potter thing is not it”.

So instead many now believe that another game studio recently bought by Warner Bros. Interactive called Avalanche Software has taken the reigns on the project. Beady-eyed Reddit users and the team from Eurogamer also pointed out that Warner Bros Games Inc. had put out a job posting for a “Senior Writer for the Avalanche Story department” who needed to be a “talented storyteller with a deep understanding of British culture and grammatical presentation”. Quite frankly, I’m devastated I didn’t send in an application.

Everyone official is keeping tight-lipped about this new leak and sadly, although I reached out to a representative of Warner Bros for confirmation, I don’t know if or when Harry Potter Magic Awakened will drop. However if you’re still holding out hope for that Pokemon Go-style Harry Potter game from Niantic Labs, you might not have to wait much longer. It’s being reported that the interactive mobile game will probably be released at the end of this year or next year. It’s called Harry Potter: Wizards Unite and if it captures even a fraction of the craze around Pokemon Go, it’s going to be massive.

More like this
Rupert Grint Just Shared A *Major* Update About Ron Weasley’s Future
By El Hunt
Anne Hathaway Shared A "Thrilling" 'Princess Diaries 3' Update
By Darshita Goyal
9 Time Catherine Cawood Was An Absolute Badass In Happy Valley
By Sophie McEvoy
This Dark 'Happy Valley' Theory Is Staring You Right In The Face
By Sophie McEvoy
Get The Very Best Of Bustle/UK
Sign up for Bustle UK's twice-weekly newsletter, featuring the latest must-watch TV, moving personal stories, and expert advice on the hottest viral buys.