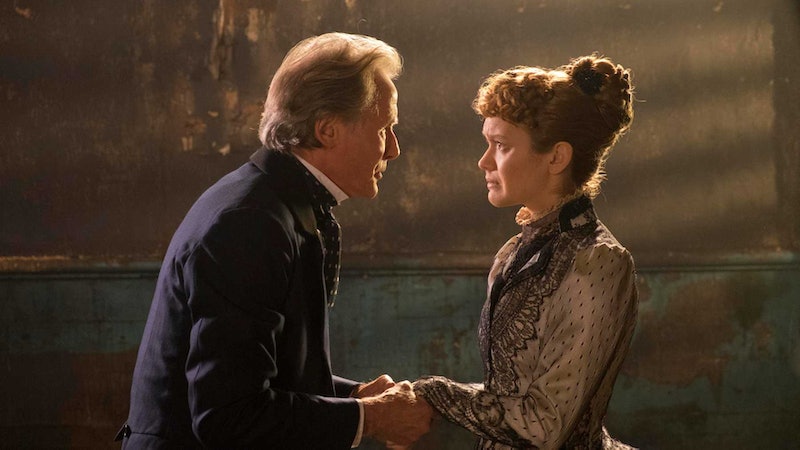 The Limehouse Golem is the kind of mysterious and unpredictable Victorian drama that has you guessing from start to finish. It's set in a very dark and different East London than the one you might know today, but is The Limehouse Golem a true story?

In short, kind of yes and kind of no. The good news is that there wasn't a violent serial killer called the Limehouse Golem. However, some of the characters in the film are based on real people. Karl Marx features as a suspect in the film as does the very well known drag performer Dan Leno.

According to History Extra the film is based on Dan Ackroyd's book Dan Leno and the Limehouse Golem. Ackroyd is not only a novelist but also a biographer having previously written about the lives of individuals including Oscar Wild and Charles Dickens. His historical fascination and knowledge served to help anchor the story in the place and time it was set. The film's producer Stephen Woolley spoke to History Extra about Ackroyd's novel saying, "I believe he wanted to show how much Limehouse was part of a bigger universe and how 'big minds' played there."

One of those big minds might not be as well known as Marx but Leno was a hugely influential and a star in London's music halls.

According to Woolley, Leno was one of the most highly paid performers in the world at the height of his career. As well as providing entertainment, he also gave a voice to the women of Limehouse who at the time were viewed as second-class citizens. Woolley explained to History Extra that, "at that time, it was easier for a man dressed as a woman to voice women's troubles than women themselves. A woman saying the same thing would have been booed off the stage." Woolley added, "Dan Leno was able to talk about women's issues on a public platform and that was accepted."

A film featuring a real life drag act with a legacy of supporting women helping women avenge male brutality? Maybe that's why the Telegraph described this film as "a glorious feminist twist on Jack the Ripper."