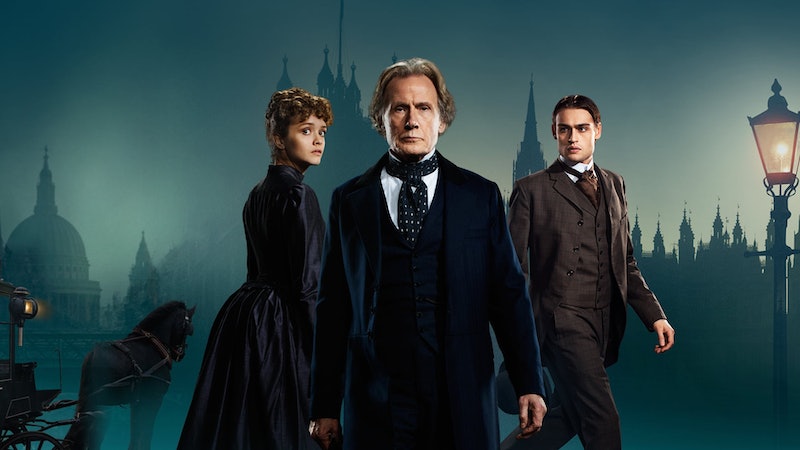 Despite its East London setting, the film was shot in multiple locations up North. As the Manchester Evening News reports, the movie features scenes which were filmed in the city's famous John Rylands Library on Deansgate. Keighley in Yorkshire was another chosen spot and the Keighley News reports that the production team were keen to cast local people for the crowd scenes in the film. Another location in Yorkshire which features in the film is Dalton Mills in West Yorkshire, according to Yahoo Movies.

It's safe to say that film and TV productions set in Victorian London are at this stage, old hat. However, it's understandable to wonder where exactly they're filmed as much of London doesn't exactly look very Victorian anymore. Surprisingly, as Yahoo Movies reports, many Victorian London scenes are still filmed in modern day East London. But producer Stephen Woolley opted to head up north, instead, " to re-create his very own Limehouse in West Yorkshire."

While the film is set before the infamous serial killer Jack The Ripper was active, it has major parallels with that case. According to the Guardian it's the story of a spate of horrific murders that seem unsolvable and the mysterious perpetrator known as the Limehouse Golem. Detective John Kildare, played by Bill Nighy, is the man charged with finding him. During his investigations he encounters Lizzie Cree (Olivia Cooke) a woman who's been charged with murdering her husband. However, Kildare believes she killed her husband in self defence and that the man was in fact the golem. The film features more twists and turns than a country road and considering that it's described by the Guardian as both racy and feminist — it's an absolute must see.