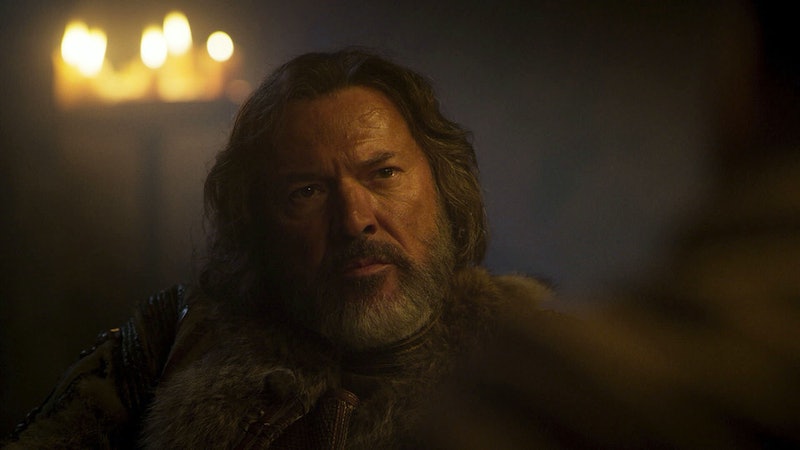 The Name of the Rose is BBC Two's newest drama. It follows the story of Franciscan friar William of Baskerville, and his accompanying apprentice, during a visit to an Italian abbey. The pair set out on a quest to discover the truth surrounding the mysterious death of a monk, and upon their arrival, face the wrath of a powerful inquisitor who has been sent by the Pope himself. But is The Name of the Rose based on a true story?

As Radio Times reports, the BBC thriller is actually based on a best-selling book, and is an adaptation of Umberto Eco’s debut novel of the same name. The Name of the Rose became one of the most popular novels of the 1980s, and a movie inspired by the book was released back in 1986 with James Bond's Sean Connery at the helm. The story takes place in the year 1327, and centres around the suspected murder of a monk who fell to his death in the abbey of Pietranera's parapet. A Franciscan friar known as William of Baskerville is summoned to investigate the untimely death, along with his apprentice Adso von Melk. However, following the arrival of an inquisitor named Bernard Gui — who has been sent by Pope John XXII — the pair's work on the investigation is somewhat interrupted.

The cast of The Name of the Rose is headlined by Oh Brother, Where Art Thou star John Turturro, who plays the role of William Baskerville — the man tasked with looking into a string of brutal murders in a 14th-century Italian monastery. The BBC's latest evening drama also stars German actor Damian Hardung, who portrays a novice monk, and BAFTA nominee Rupert Everett appears as Bernard Gui, an inquisitor sent to the abbey by the Pope. Completing the line-up of the new series is Italian actor Greta Scarano, who plays the character of Anna, whilst Michael Emerson, who is perhaps most notable for his roles in Lost and The Practice, appears as the immensely funny Abbot.

As reported by the Metro U.S., the series was filmed on location across Italy, and Turturro was approached to play the character of William Baskerville by Italian director, Giacomo Battiato. However, in addition to appearing on-screen, the actor also had a desire to work behind the scenes, and ensure that the story's original themes would find their way into the television adaptation. Speaking of the show's writing process, Turturro revealed, "My interest, why I started working on the script with Giacomo Battiato, was to put as much of Eco as we could into the series because I didn’t really want to do a watered-down version."

The Name of the Rose kicks off its eight-episode run on Friday, October 11, at 9 p.m. on BBC Two, and I don't know about you, but I'm seriously looking forward to this updated take on Umberto Eco’s best-selling novel.

More like this
ITV's 'Maternal' Was Inspired By A Very Simple – & Unanswerable – Question
By Maxine Harrison
Everything To Know About The 'Daisy Jones & The Six' TV Series
By Maxine Harrison and Brad Witter
The Song At The End Of 'The Last Of Us' Ep 1 Has A Deeper Meaning
By Sophie McEvoy
'The Last Of Us' Has Officially Been Renewed For Season 2
By Darshita Goyal
Get The Very Best Of Bustle/UK
Sign up for Bustle UK's twice-weekly newsletter, featuring the latest must-watch TV, moving personal stories, and expert advice on the hottest viral buys.