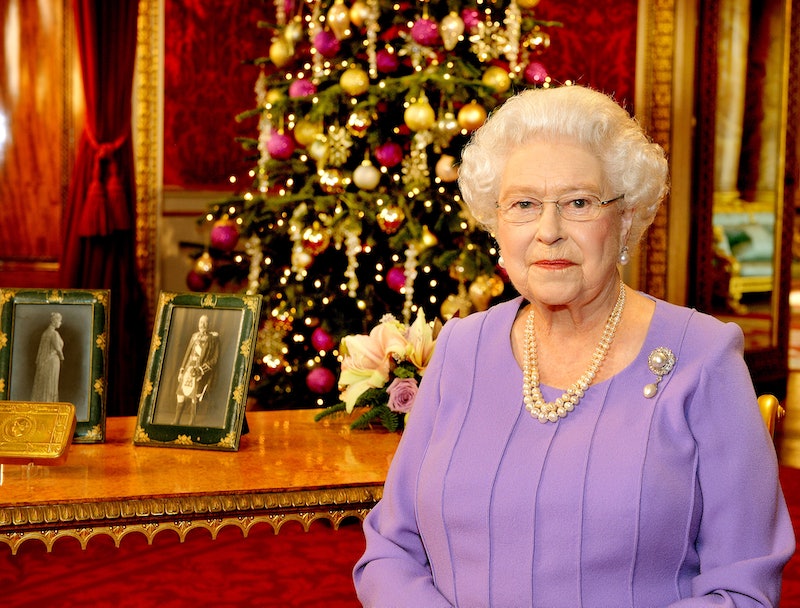 Christmas Day just wouldn't be the same without her majesty the Queen's annual festive message, and the long-standing tradition is a Yuletide staple for millions of households across the country. Each year the speech takes place within Buckingham Palace, and usually acts as a reflection on the year gone by. But is the Queen's speech live?

According to iNews, no, the Queen's annual Christmas Day speech is not broadcast live. Instead, the British Monarch opts to pre-record her message to the nation — something which first came about back in 1960, after Buckingham Palace decided to "allow for mistakes to be corrected and for copies to be sent overseas in advance." However, some things never change, because once again viewers can look forward to her majesty's festive speech on Christmas Day at 3 p.m, and if you don't want to miss a second of the televised royal event, you can catch it on BBC One, ITV, Sky One, Sky News, and BBC Radio 4.

As ITV News reports, the Queen's first Christmas message aired live on the radio from the Long Library at Sandringham in 1952, the same year as her accession. The first televised speech then took place five years later in 1957, and the reigning monarch has gone on to carry out the tradition every year since — except in 1969, when Buckingham Palace decided against broadcasting the speech, following the controversial release of a royal family documentary. Ever the professional, the Queen reportedly completes her pre-recorded Christmas message in one single take. However, footage released in an ITV documentary revealed that even royals can experience the occasional mishap, which arrived back in 2017 when a chirruping bird outside a Buckingham Palace window interrupted the speech's recording.

After a tumultuous year in politics, the Queen's 2019 Christmas Day message could make for some very interesting viewing — and you can watch this year's speech at 3 p.m. on Christmas Day.