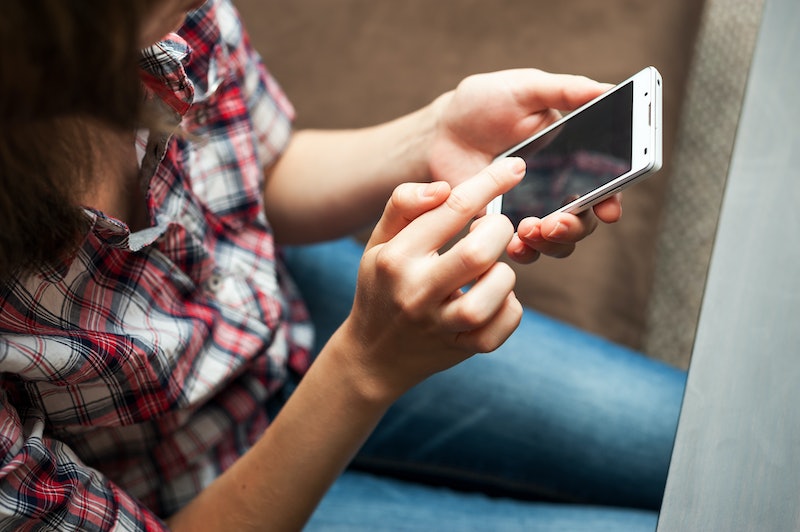 The concept of "femtech" is a rather divisive one. However, no matter what people think, one thing is undeniable: the sector is on the up. But is the rise of femtech all it's cracked up to be? Are women benefitting from the increased interest in their health and wellbeing, or should they be wary of placing all their eggs in one technological basket?

According to market research firm Frost & Sullivan, the femtech industry could be worth $50 billion (almost £40 billion) by 2025. But, before we look into that, let's address something you may be wondering: what exactly is femtech?

Femtech is where women's health and technology meet. In other words, it's classified as any technological company or innovation that aims to address female healthcare needs.

Despite taking a while to catch on, interest in femtech appears to have skyrocketed in 2019. In April, the biggest ever femtech investment took place when London-based start-up Elvie, whose products include an app to help improve pelvic floor strength and a wearable breast pump, received $42 million (£32 million) in Series B funding. Around the same time, Co-Founder of FertilityIQ (a website that compiles information about fertility doctors) Jake Anderson-Bialis told TechCrunch: "In the last three to six months, it feels like investor interest has gone through the roof."

It's "not too surprising that it took a bit longer" for femtech to surge says Estrella Jaramillo, a femtech entrepreneur, writer, and co-founder of digital women's health coach B-wom, "since the people controlling the financial resources and the decision-making power in the tech start-up world generally don't have a deep understanding of many of the health needs of women."

Now that femtech has come into the mainstream, there are two specific areas that seem high on the agenda for entrepreneurs and venture capitalists: fertility and reproductive health. Period- and ovulation-tracking apps have now become commonplace in people's lives.

Early adopters Clue and Glow both surfaced in 2013. These days, Flo is used by 28 million people a month, according to Bloomberg, and Natural Cycles — the first EU-approved contraceptive app that uses a thermometer to measure fertility — is still popular despite being blamed for a bout of unwanted pregnancies in Sweden, reports the Guardian. The company said the number of pregnancies was "proportional to the registered number of Swedish users."

But tracking apps are just the start of a potentially revolutionary step in female healthcare, experts says. "It is interesting to note that there is a high prevalence of chronic diseases among women — sometimes one to two times higher than that in men — like Alzheimer’s," Shruthi Parakkal, consultant at market analyst firm Frost & Sullivan, told the Guardian in 2018. "There are several companies working towards making specialised solutions for women with such conditions based on their physiology and psychology." One name that looks promising is NextGen Jane, a start-up creating a smart tampon that could diagnose endometriosis and, eventually, other conditions too.

These innovations are highly necessary. Although women tend to live slightly longer than men, they spend more years of their life in ill health, reports the Independent. As journalist and author Maya Dusenbery wrote for HuffPost, female symptoms are often dismissed and female bodies aren't adequately represented in studies or clinical trials. Women, who make up 51 percent of the population in England and Wales, are still seen as an "other."

Equalising this imbalance could be femtech's destiny. But, reliability of such technology aside, the path toward that brighter future hasn't escaped criticism. For one, the focus on periods and ovulation, along with the use of the term "fem", has the potential to alienate transgender and non-binary individuals.

Secondly, apps and devices that offer women a streamlined, easy-to-use service are marketing the idea that women now have control over their health. In some cases, they do. In others, something must be given up first.

"As with any developers of apps or devices that monitor intimate aspects of humans' lives and bodies, femtech developers can profit from the data collected by users," says Professor Deborah Lupton of the University of New South Wales' Centre for Social Research in Health and Social Policy Research Centre. "They may also fail to adequately protect these data against breaches, leaks, or hacks if they don't introduce high-level data security and protection measures."

As Bloomberg notes, some menstruation-tracking apps actively use targeted advertising. Fertility app Ovia, according to the publication, is even "pitching a paid version of its app to insurers and large employers who want a heads-up on how many of their members or employees want to conceive." If true, it could be argued that this development seems ripe for further female discrimination in the workplace, rather than female safeguarding. (Ovia did not respond to a request for comment.)

But some are keen to point out that personal data doesn't always lead to disaster. "With more data comes more insight and with more knowledge comes more space to act," Ida Tin, co-founder of tracking app Clue, wrote in the Guardian. In fact, Clue's team told Bustle they believe customer data "should benefit not only our app users, but also society at large." In Clue's case, it's reportedly being used "to advance research for global female health." The app team is working with scientists from numerous universities on research projects, including studies into the link between sexually transmitted infections and premenstrual symptoms and one examining the potential cyclical nature of female health.

The spokesperson at Clue did acknowledge that "many companies in the digital economy have business models based on exploiting people's data," but noted this is only possible due to a lack of transparency and terms of service involving privacy policies that are "impossible to understand." By contrast, Clue's privacy policy is "easy to access and understand," the spokesperson tells me.

A rep for fellow tracking app Flo said: "We take extreme measures to ensure that individual user data and privacy rights are protected. Flo is transparent about its data practices and adheres to all applicable regulations." Chief operating officer at Glow, Jen Tye, exhibited a similar attitude, telling Bustle: "We understand the highly personal nature of the information that [people] enter into the Glow app, and therefore our users’ privacy is of utmost importance. We do not sell or rent personal information or data to third parties that may try to market products or services to users." Glow has also received certification from a cyber risk management company, she added.

But privacy isn't the only cause for concern. Although it sounds like a positive, the sheer number of apps and devices available in areas like ovulation tracking can turn something that should have made women's lives easier into a mind-boggling, time-consuming pursuit. Some individuals, who don't fit into a tidy box, can also feel alienated by specific features, urging femtech creators to allow for personalised profiling.

Professor Lupton's research into Australian women's use of health technology found two distinct sides. Users valued innovations like pregnancy and parenting apps, menstrual trackers, and step-counting wearables, she says, but "there were some times in women's lives when some of these apps or wearables didn't work so well."

These included things that "were not designed to monitor heavily pregnant or breastfeeding bodies or people dealing with the demands of babies who already knew they were not getting their step counts and that they were sleeping badly. In these life stages, previously useful [technology] could become useless or viewed as inducing guilt at a time when women needed all the moral support they could get."

Pricing can also be a contributory factor to unnecessary stress. Apps tend to be on the more affordable side, with prices ranging from free up to around £65 for a premium annual subscription, but devices can be costly, especially if you want to try out more than one. Elvie — whose pelvic floor strengthener and breast pump come in at £169 and £249, respectively — found a way around this, making the pelvic floor device available on the NHS for patients with stress urinary incontinence.

"Companies seek to become lucrative, that is needless to say," says Jaramillo, the co-founder of B-wom. "However, I do believe that there is an ethical way of helping people while building a profitable business." One way to do so is to focus on diverse leadership and "teams that include people that look like your customer," she states, adding: "I am deeply concerned when I see women's health companies that don't include one single woman in their advisory boards or executive leadership teams."

If you're of a cynical mind, it's almost too easy to tear down any new invention. But every person I spoke to was optimistic about both femtech's current state and its future. "I am presently not seeing so many downsides," says Elisheva Marcus, senior content and community manager at start-up incubator Next Big Thing, noting that, instead of fixating on the industry's potential drawbacks, she would rather focus on "the challenges regarding making great wearables, smart sensors, data and cybersecurity innovation, funding for female health research, and female-run companies."

Femtech and digital health researcher Katie Donohue McMillan says she is "thrilled that femtech companies are empowering women" and envisions "the industry continuing to grow." She hopes that companies will start selling products "in places where women are already shopping" like department stores and Amazon, that doctors will soon consider devices and apps as well as more traditional therapies, and that health insurance companies will begin to reimburse the cost of femtech products. She also doesn't want the industry to limit femtech to reproductive needs, but expand into "chronic diseases that disproportionately affect women, like multiple sclerosis, heart disease, dementia, and certain cancers."

And it's not just the industry that has responsibilities, but consumers too, McMillan explains. They need to research which devices have been approved by authorities as well as pay attention to privacy policies "so they understand how their data is protected and if it is sold," she says.

In an age where women from all corners of the globe are having their rights stripped, anything that puts females front and centre should be welcomed. Technology can have its drawbacks, but it's thanks to tech that we now have the ability to do some real research. So before committing to a particular femtech product, read about its intentions from multiple sources, look into the portfolios of its funders and whether there are any female founders, and make the decision that feels right for you.

More like this
Everything To Know About 'The Last Of Us' TV Adaptation
By Sophie McEvoy and Radhika Menon
How To Turn Off Night Mode On Your iPhone Camera
By Emma Carey
Behind The Hilarity Of The "POV: You Walk Into My Room" TikTok Trend
By Lexi Inks
20 Smart Devices Under $35 That’ll Change The Entire Vibe Of Your Home
By Emma Carey
Get The Very Best Of Bustle/UK