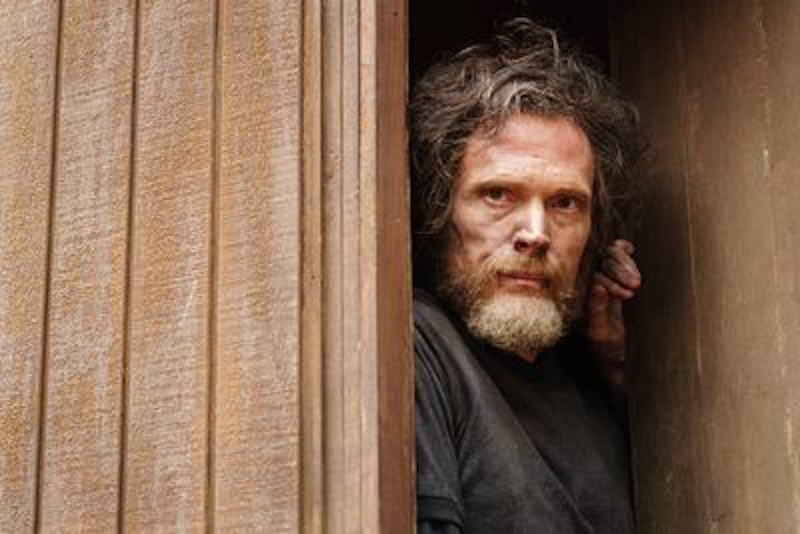 The Unabomber, domestic terrorist Ted Kaczynski, is the subject of Manhunt: Unabomber, a new series from Discovery about the FBI profiler, Jack Fitzgerald, who helped capture the Unabomber in 1996 after a years long chase. Since the fear and fervor attached to the mid-'90s case has died down in the intervening 20-plus years, contemporary audiences of Manhunt might be wondering if the Unabomber is still alive. The man behind the attacks is still alive, and still incarcerated for his crimes in the United States Penitentiary Administrative Maximum Facility (also known as the ADX) in Colorado, which was called "America's toughest federal prison" by The New York Times.

According to The Washington Post, in 1998, Kaczynski plead guilty was sentenced to multiple life sentences, and he will presumably remain in ADX for the remainder of his life. He has continued to interact with the outside world through the written word, though. The University of Michigan acquired a collection of Kaczynski's writing and correspondence ranging from 1969 to 1998, including letters and an attempt at an autobiography, according to the University of Michigan Library. According to Yahoo News, Kaczynski has written to a variety of pen pals over the years; one of his letters read, "I mentioned this to Ramzi [Yousef, the World Trade Center bombing mastermind], and he wants me to tell you that since your birthday is the same as his, you and he must have similar personalities." Another letter said, "I consider myself to be in a (relatively) fortunate situation here." In 2005, Kaczynski's letter to New York Review of Books was published by the magazine, and received a response from István Deák. Kaczynski and Deák's correspondence about "African pygmies" and the various etymologies of the historical interpretations of the phrase "dwarf" does not mention Kaczynski's past, or even his imprisonment.

Kaczynski's distinctive writing is part of what put him in prison in the first place — his brother, Dave, and Dave's wife recognized Ted's writing (and narrative voice) in the "Unabomber Manifesto" when it was published in the Washington Post in 1996, but he has continued to write physical letters. In mid-2016, Kaczynski reportedly contacted journalist Lawrence Wright after the publication of Dave's book, Every Last Tie: The Story of the Unabomber and His Family. The book is a memoir describing how "as Ted grew older he became more and more withdrawn, his behavior became increasingly erratic," and an examination of "the current challenges facing the mental health system."

In his message to Wright, Kaczynski wrote, "I am asking you to write me back affirming that you interstand that I am NOT mentally ill, as my brother, Dave, would have you believe." The acclaimed New Yorker and Going Clear writer sardonically replied to his many followers about Kaczynski's mental health, but later apologized, calling the Unabomber's alleged "mental illness ... sadly evident."

Now that the Manhunt for Ted Kaczynski is over, he has been demystified, no longer only known as the evasive Unabomber, the man Discovery describes as "one of the most sophisticated and brilliant criminals in history." But just because Kaczynski is behind bars at one of the toughest prisons in the US, doesn't mean he ceased to exist in 1998 — even this notorious terrorist still has a relationship with the outside world, even if it's primarily thought the written word, be it Dave Kaczynski's book or Ted Kaczynski's own letters.