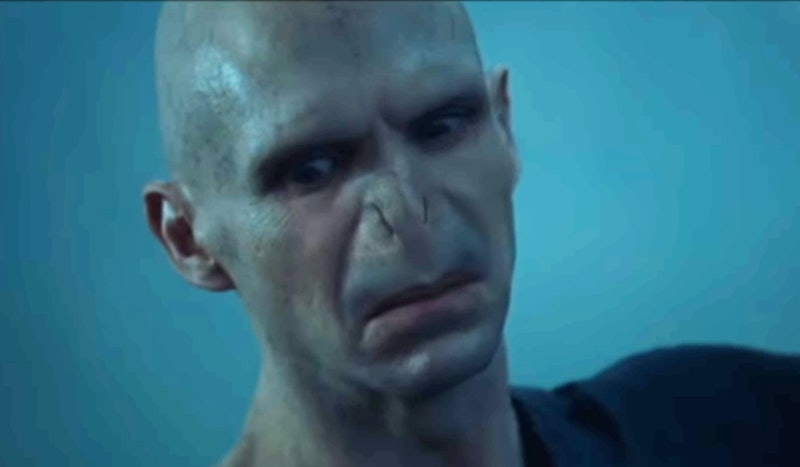 If Death Eaters make you shudder, then you'd best beware, because that Voldemort prequel is really happening — sort of. As reported by Marie Claire, Warner Brothers has given their consent to startup Tryangle Films to make the fan film. The studio will have no official involvement with the project, but it still looks like it will be a treat for Harry Potter fans.

Warner Brothers agreed to let the fan film move forward on the condition that it will be released on YouTube as a nonprofit venture. The trailer for Voldemort: Origins of The Heir garnered millions of views and inspired a crowdfunding campaign that was later shutdown. In the trailer, Tom Riddle leaves Hogwarts after a house elf kills the heir of Hufflepuff, and he is being pursued by the heir of Gryffindor Grisha McLaggen. The film is set to explore Tom's backstory, as well as his eventual turn into the Dark Lord.

"We wondered, 'What made Tom Riddle become Voldemort? What happened in those years, and what really went down at Hogwarts when he came back?' A lot goes unspoken. This is story we want to tell: The rise of the Dark Lord before Harry Potter and his first demise."

It won't be the official tale as imagined by J.K. Rowling, but the trailer certainly hints at an exciting story.

Knowing Warner Brothers has given the film their blessing is a wonderful nod to the fans. Harry Potter has a creative fandom that loves to express themselves through parodies, fanfiction, and other continuations of the Harry Potter universe. The studio seems to be OK with Tryangle Films putting their own spin on Voldemort's early years, and even though it's not the "official" story some fans were hoping for, this journey into Tom Riddle's descent into darkness has the potential to be a hit.

Maybe Warner Brothers will make their own Voldemort movie one day, but for now Voldemort: Origins of The Heir should help fill the Tom Riddle-shaped void in every Slytherins life.