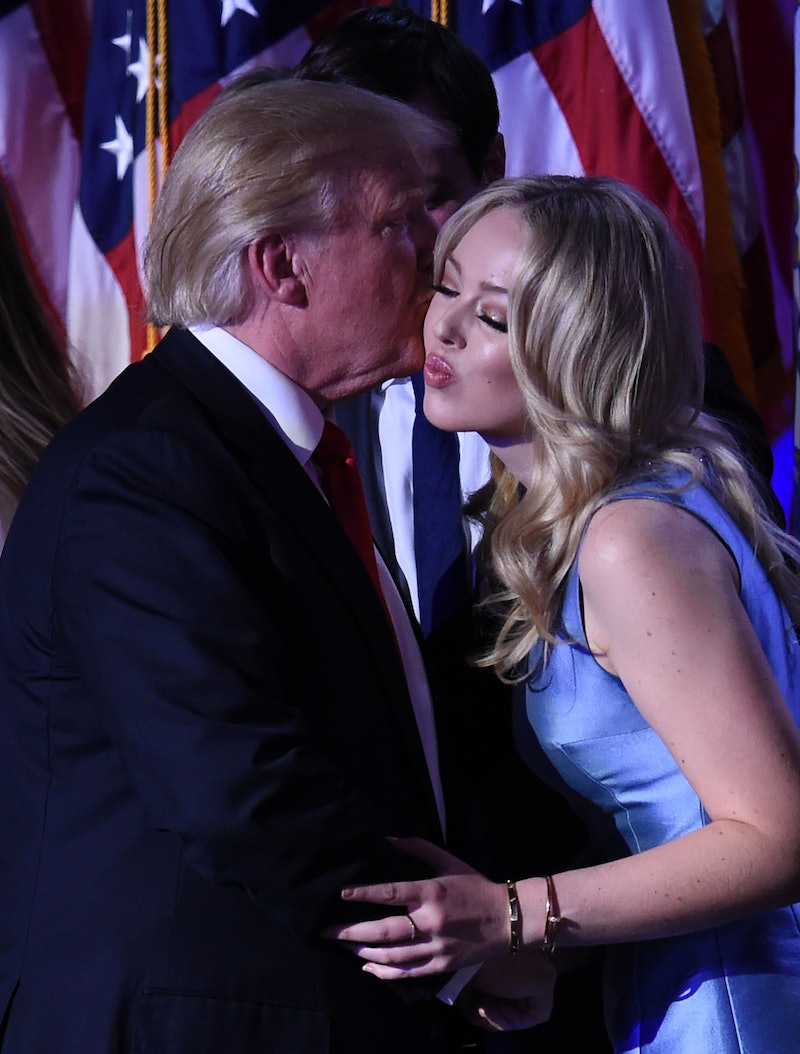 The three eldest Trump children, Ivanka, Donald Jr., and Eric have taken the reins as far as contributing to their dad's campaign. They have also made themselves instrumental in the presidential transition team. But what about Donald Trump's fourth child when it comes to the upcoming milestone for her father? Will Tiffany Trump be at the inauguration? Update: Tiffany Trump attended the inauguration along with her siblings to watch her father be sworn in as President.

If the Republican National Convention and election night festivities are any indication, the whole family, including the younger Trumps who have laid relatively low through the campaign, will all be there in support of the Trump patriarch on inauguration day in Washington D.C. Besides, Tiffany has been far from invisible during the campaign. She actually gave a speech at the Republican National Convention, which opened with a rather humble line:

Thank you all so much. It’s so amazing to be with you all tonight and say a few words about my father and your nominee for president. Please excuse me if I’m a little nervous. When I graduated college a couple of months ago, I never expected to be here tonight addressing the nation. I’ve given a few speeches in front of classrooms and students, but never in an arena with more than 10 million people watching.

It can be easy to forget that Tiffany is at a much different stage in life than her three older and more involved siblings. She just graduated from the University of Pennsylvania this summer, and she's 16, 12, and nine years younger than Trump's children from his first marriage. Tiffany has also made moves in the music world, putting out a single called "Like A Bird." However, Tiffany is also potentially planning to go to law school — she posted a pic of LSAT prep on Instagram and was reportedly seen touring Harvard Law's campus.

Meanwhile, maybe it's best she's treading lightly, since her other siblings have been getting in some trouble for running their businesses and charity efforts a little too close to their father's political gains. One example: the chance for a coffee date with older sister Ivanka was removed from an online auction for the Eric Trump Foundation, which raises money for St. Jude Research Hospital, after the New York Times reported there were concerns that business moguls were bidding to potentially gain access and influence with the incoming president.

Even though Tiffany hasn't been the most prominently displayed sibling, she's been consistent at showing up to the main events, so you can expect to see her come Jan. 20.