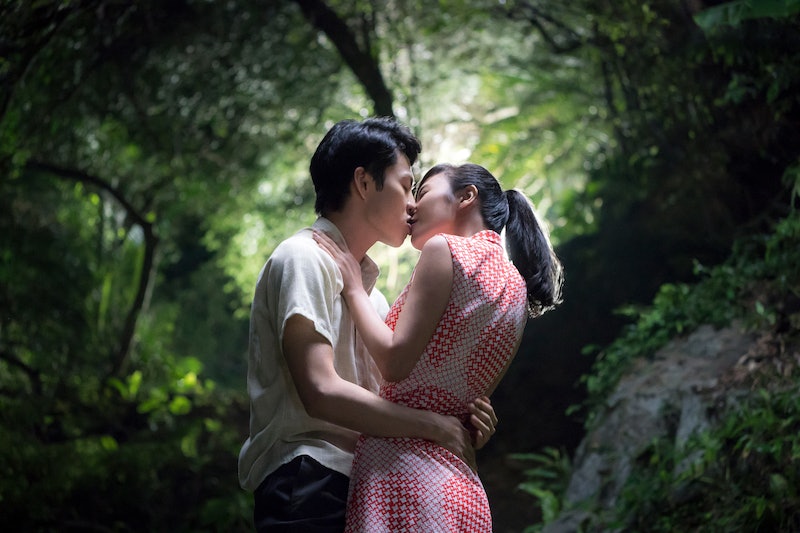 Asian and Asian-American stories have been getting some well-deserved attention in Hollywood lately. With Crazy Rich Asians becoming a popular hit, Lulu Wang's The Farewell making waves on the indie scene, and South Korean thriller Parasite winning Best Picture at this year's Academy Awards, we can only hope that films focused on Asian experiences continue their upward momentum. On Netflix now is Tigertail, a stunningly shot drama from Master of None co-creator and Emmy winner Alan Yang. The story captures an immigration experience familiar to many families in America. But is Tigertail based on a true story?

Tigertail stars Hong-Chi Lee as Pin-Jui, "a free-spirited yet impoverished young Taiwanese factory worker, who makes the difficult decision to leave his homeland — and the woman he loves — behind in order to seek better opportunities in America," Netflix's synopsis reads. But an arranged marriage to Zhenzhen, his boss's daughter, and a tough decades-long career leave the now-retired Pin-Jui (Tzi Ma) a shell of the man he once was and unable to connect with his adult daughter Angela (Christine Ko). The immigrant experience detailed in Tigertail spans from 1950s Taiwan to 1970s America to present-day New York City; its story told in Taiwanese, Mandarin, and English. The multi-generational family drama captures an immigration story many Americans can relate to.

Tigertail is a fictionalized version of Yang's own parents. As Yang told Vulture, he did not have a very clear picture of his father's immigration story, but he didn't want all of the details anyway. "I did ask him some questions, but I didn’t really want it to be word for word. I almost wanted just enough information to come up with something fictionalized but not so much that it ruled out ideas that I had," he says. "The way I’ve been describing the movie is kind of my dream of my father’s dream of his past. It’s emphatically not his story in some ways."

The film focuses mostly on the character inspired by Yang's father, but his mother's voice is also a strong presence in the movie. "My goal in creating any show or movie is really to just be as empathetic as possible to every character," Yang told NBC News. "I was able to do that in this movie is because in some ways [Zhenzhen] (represents my mom. It's not literally her, but I know what my mom went through and I know what happened after my parents got divorced. And I know how hard she worked and how she built her own life in this country."

So does that mean that the Angela character in the film is representative of Yang? Making the movie did help him connect to his father in new ways. They took a trip back to Taiwan together, and their train ride through the countryside is recreated in the film. "He showed me where my grandma was laid to rest, which is in the movie. He showed me the factory that he used to work in with my grandmother, at the same factory we shot in the movie. I just didn’t have any idea about his life," Yang continues to Vulture.

Tigertail may not be a 100% true story, but as Yang told The Hollywood Reporter, "It's my love letter to everyone in my family, and to the idea of being Taiwanese American."