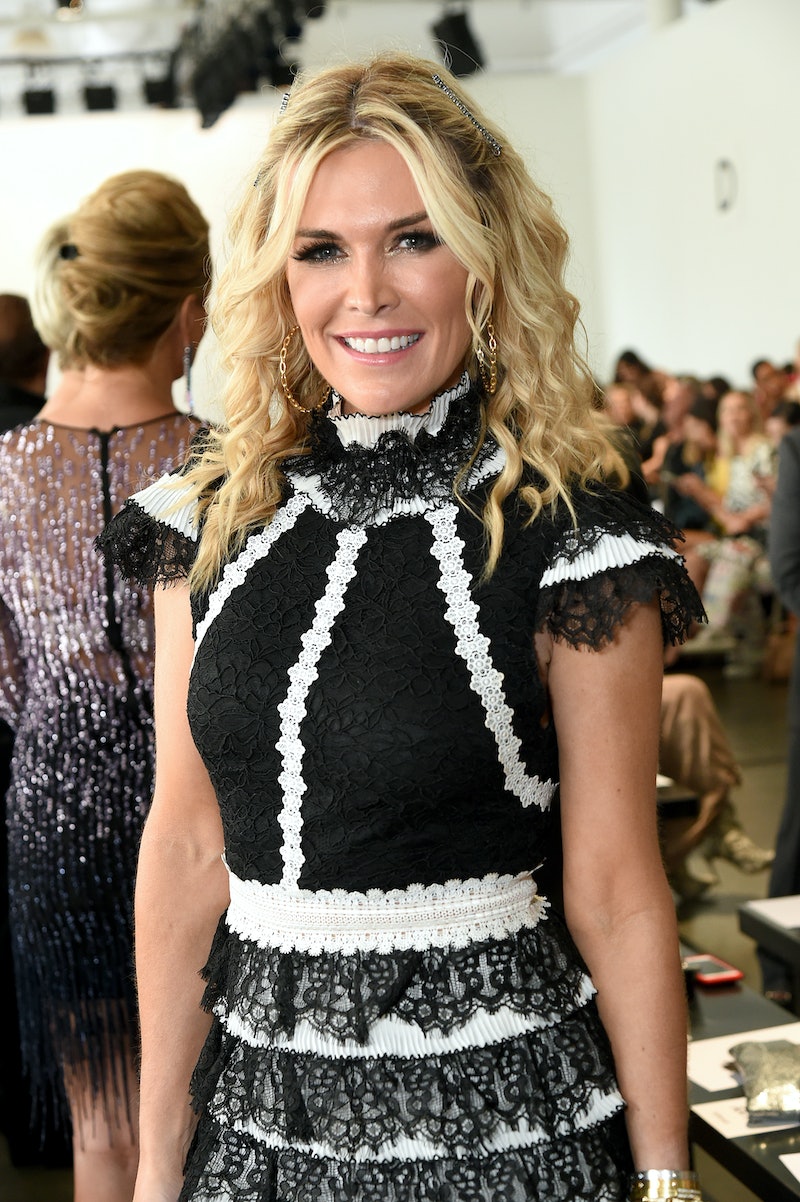 Ever since news broke that Tinsley Mortimer is engaged to her on-again, off-again Chicago boyfriend, Scott Kluth, fans have rightfully wondered if she'll leave Real Housewives of New York. Neither she or Bravo have said anything definitively, but all signs seem to point to yes.

After Scott proposed to Tinsley in Chicago last November, she reportedly stopped filming and even skipped a cast trip to Mexico with Luann de Lesseps, Ramona Singer, Sonja Morgan, Dorinda Medley, and Leah McSweeney. During a Dec. 7 cabaret show in New Jersey, Luann confirmed to People that Tinsley was "not filming anymore," but days later, Tinsley told the outlet that she was simply taking a brief break and would be returning to film the remainder of Season 12.

"Scott and I have been celebrating our engagement in Chicago, where I will soon call home," she told the magazine on Dec. 11 in response to rumors that Scott had forced her to leave RHONY. "As with many relationships, life does not completely stop for love, which is why I will continue to honor my work commitments in NYC while Scott focuses on CouponCabin's busy season in Chicago."

When it came time for the RHONY Season 12 finale party on Dec. 18, however, Us Weekly reported that Tinsley was noticeably absent, with a source saying she planned to move to Chicago as soon as filming wrapped. Nonetheless, Sonja told Entertainment Tonight that she's "very happy" for her one-time cast mate. "Scott did propose to her and did ask her to come to Chicago to share his crib in Chi town, you know, loaded with bling and all those things that Tinsley adores in her life, how it should be in the world of Tinsley."

Tinsley may be about to become an official wife, but it doesn't seem she'll be a Real Housewife anymore.

More like this
'RHOP' Stars Robyn & Juan Reportedly Got Remarried & Filmed The Ceremony
By Brad Witter
The Bachelor’s Christina Mandrell Comes From One Of Country Music’s Most Famous Families
By Brad Witter
Nicole & Chris Hinted They’re Still Together After 'Married At First Sight'
By Brad Witter
Jin-young Reflected On His Relationship With Seul-ki After 'Single’s Inferno'
By Brad Witter
Get Even More From Bustle — Sign Up For The Newsletter
From hair trends to relationship advice, our daily newsletter has everything you need to sound like a person who’s on TikTok, even if you aren’t.