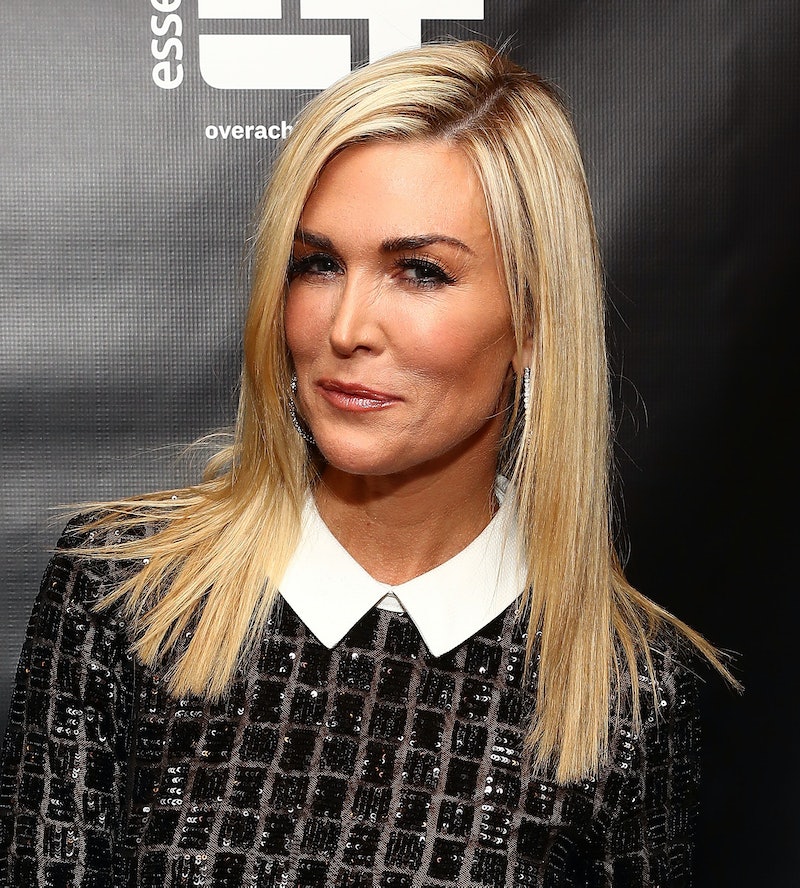 Viewers are already attuned to Tinsley’s biological clock — she was married once before to a man named Topper (yes, that’s his name), but they divorced and had no children in their union. Now, Tinsley is dating Scott, a friend of Carole’s, and things seem to be going OK. The biggest problem in their relationship is that they don’t live in the city. Now, they are in love and maybe starting a family. In a preview for back half of Season 10 of Real Housewives Of New York, Tinsley is talking to Bethenny, and Bethenny says something along the lines of, “Oh my God, are you pregnant?” And then, of course, Tinsley makes a face and the edit turns to something else, because it’s supposed to leave us hanging.

I mean, she could be pregnant. She’s in a steady relationship, and she’s of child-bearing age. We’ve seen previously on the show that Tinsley has frozen her eggs — apparently, the bill for keeping those eggs frozen goes to her mother, Dale, and it’s up to Tinsley now to pay for it. In an odd segment, Tinsley and Dale got on a FaceTime call with the doctor who harvested Tinsley’s eggs and is now supervising their being frozen, and the doctor showed Tinsley her eggs and she and Dale cried. It was a little weird. There’s no judgment from me on freezing your eggs or not having babies (to each their own!), but a segment of Tinsley trying on wedding dresses “for fun” with her mother and then crying over her potential children was really something for Real Housewives Of New York. This is a program that showed Kelly Bensimon, fully made up, jogging down Fifth Avenue like a taxi or bike messenger wouldn’t have mowed her down and never looked back. Nonsensical is common here.

A look through Tinsley’s Instagram would suggest that she’s currently not with child, nor has she had any children of her own. Dorinda’s Christmas-in-the-Berkshires episode has already happened, as has Luann’s rehab, which puts Tinsley’s maybe-pregnant confession in 2018. If she were going to have a baby, it would be due... uh, right about now. Nope, no babies.

And in sad news, Scott and Tinsley aren’t even together right now — on a recent episode of Watch What Happens Live, Tinsley told Andy Cohen of their split. “Today is an odd day — the media is reporting that we did break up and it’s true,” she said. “We are on a break right now. Look, it’s so hard to be in a relationship, particularly when we don’t live in the same town. He’s in Chicago, so busy with CouponCabin.” When Cohen asked if they were broken up or just “on a break,” Friends-style, Tinsley said, “We’re broken up right now. But I’ll tell you this, we break up all the time.”

What does it all mean? It means that right now, Tinsley is focusing inward, and that’s totally cool. She’s doing her own thing, and as long as she’s happy, that’s all that matters. Dale likes to put all sorts of crazy pressure on her daughter to get married again and have grandchildren before its “too late” or something, but Dale needs to step off. No one should have a child before she is ready, and right now, it seems Tinsley is just taking it one day at a time.