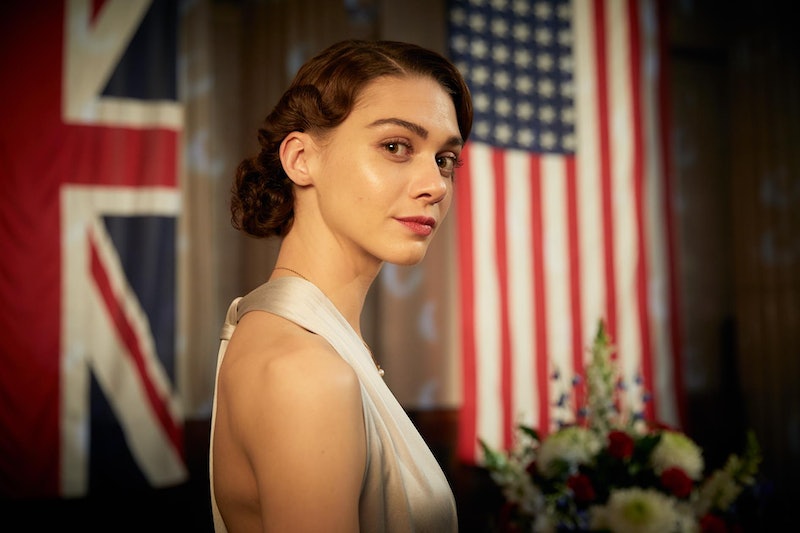 If you're a sucker for a spy thriller, boy are you in for a treat. Created by acclaimed playwright and screenwriter Bash Doran (Boardwalk Empire, Masters of Sex), Traitors follows the escapades of Feef Symonds (Emma Appleton) as she spies on her own country's government for the U.S., with an objective to uncover a network of Russian spies. While this all sounds pretty realistic (and concerningly familiar), is Traitors based on a true story?

As you'd expect with a spy thriller, it's based in historical fact but the story is entirely fictional... or is it? Set during a very specific period of post-WWII British history, Traitors takes place in 1945 at the tail end of an election that saw the end of Winston Churchill's run as Prime Minister. With the Labour party in control of Parliament and no war to worry about, it seemed like the perfect time to create global alliances — especially with superpowers like the United States and Russia.

But while the war had ended, the Cold War was only just beginning. It was also during this time that a Russian spy revealed that Soviet spies had been planted in the British government after the war, as iNews reports, which didn't help in regards to the U.S. and their suspicions. Which is why it's not so unbelievable to think that American spies could have also been integrated into Parliament to keep an eye on how Russia was influencing the British. "I did some fairly deep research into both the history of the CIA and I talked to a bunch of spies," Doran explained during a BFI screening of the series. "And what I have been assured is there is no reason to think that there wasn't." Oh, don't you just love a good conspiracy.

So basically, Traitors explores the possibility that there could have been American spies in a post-WWII British government. Although the show focuses on Feef, a British member of the Civil Service who was training to spy on the Nazi's during the war, she is convinced by a rogue American spy to observe and uncover a Russian agent who has already infiltrated the British government.

But as a six-part drama, Traitors won't base its narratively solely on the seemingly fraught relations between three superpowers. It will also "cover the creation of the welfare state, the NHS and the building of new houses for the public," as Radio Times reports, which will give the series much more depth.

"The way I think of this show creatively, is history is the given circumstance," Doran told Channel 4 in a statement sent to Bustle UK. "The circumstances that our characters come from are absolutely based on history and fact.

"But the show actually goes out of its way to not dramatise specific figures from history. That's why you won't find Churchill or Attlee or Bevan being characters because I wanted the freedom to improvise around the moment — so ground it in truth but also be able to go on a really creative journey."