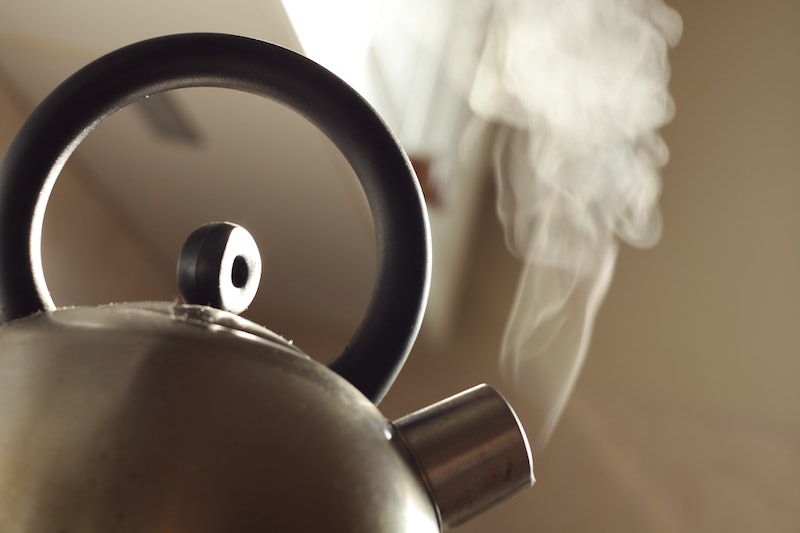 Although celebrities have sung praises for vaginal steaming or “yoni-steaming” — an alternative treatment that claims to “detox” the vagina — women’s health experts say this practice is unnecessary. And now, a new case study shows that it may also be really dangerous. A 62-year-old Canadian woman was left with painful second-degree burns after attempting an at-home vaginal steaming treatment, Gizmodo reported.

According to a case report published online last October in the Journal of Obstetrics and Gynecology Canada, the woman was told by a traditional Chinese doctor that the treatment would help repair her vaginal prolapse — a condition where the vagina falls out of position and can stick out into other organs like the uterus or rectum, according to The Cleveland Clinic. Vaginal prolapse can lead to medical complications like constipation, pain, and chronic urinary tract infections.

Vaginal steaming is basically squatting over a container of boiling water, which sometimes contains herbs such as mugwort, rosemary, wormwood and basil, according to the HCA Healthcare Today Blog. The warm steam is meant to "soften and open the pores of the vaginal and vulvar skin so that the herbs can be absorbed into the skin and uterus and impart medicinal affects," the blog writes, going on to say that there are no proven benefits to the practice.

True to this practice, the woman sat over boiling water for 20 minutes a day for two days, as she was reportedly instructed. But after experiencing unbearable pain, she was rushed to the emergency room, where they found severe burns on the prolapsed tissue on cervix and vaginal lining. She was given gauze and given antibiotics to stop infection. Although she was able to recover, these injuries delayed the surgery she was scheduled to receive for her vaginal prolapse.

There’s no evidence that this woman was influenced by celebrity “health experts” like Paltrow, who falsely claimed that the treatment had numerous health benefits on her lifestyle blog Goop back in 2015. There are also other celebrities like Teigen, who shared a photo of herself with the caption “Face mask / heat pad / vagina steam no I don’t know if any of this works but it can’t hurt right? *vagina dissolves*”

But this case suggests that the public should be much more critical about the “treatments” touted by celebrities, which unfortunately, don’t stop at vaginal steaming. Just last year, California OB/GYN Jen Gunter wrote an open letter to Paltrow about the vaginal jade eggs the actor was selling, saying that Paltrow’s claims about their benefits was “the biggest load of garbage I have read on your site since vaginal steaming." Goop was later fined $145,000 for making "unsubstantiated" marketing claims about the eggs, Vox reported.

It’s good that doctors like Gunter are pushing back on false claims and potentially dangerous fad treatments. “Clinicians need to be aware of alternative treatments available to women so that counselling [sic] may mitigate any potential harm,” study author Magali Robert, a urogynecologist at the University of Calgary in Canada, wrote, as Gizmodo reported.

Although the idea of steaming “toxins” out of your vagina might sound refreshing to some, it’s totally unnecessary. The vagina is already self-cleaning and designed to refresh itself. Dr. Ellis Ross writes for The Cleveland Clinic that “When you try to cleanse [the vagina] yourself by using a douche, you actually flush out the normal, healthy microbes as well as temporarily change the pH (acidic vs. basic nature of the vagina). Rather than providing protection, this sets up an environment that makes it easier for infections to develop.”