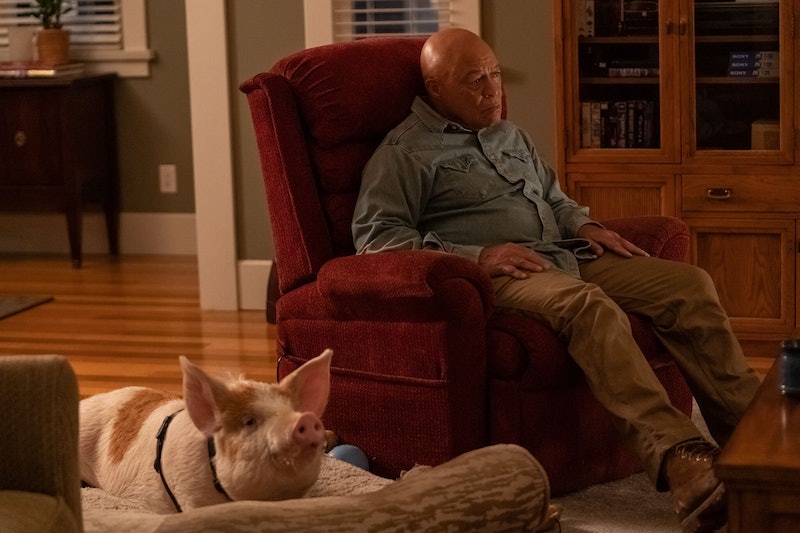 The disappearance of over 300 people from Limetown was strange enough to begin with, but it's not until Lia Haddock interviews Warren Chambers that the investigations gets truly bizarre. While Warren Chambers from Limetown isn't based on any real person who has explored the world of farm animals with psychic abilities, the amount of research that has been done into telepathy with animals may surprise viewers who think that Limetown is being entirely fantastical.

When Lia meets Warren, he has reinvented himself as a preacher of the gospel of death since his time at Limetown. While veterinarian was his official job, he eventually volunteered himself for an experiment that would link him, telepathically, with animals by means of technological implants and a concoction of medication. After a procedure that links Warren with his pet pig, Napoleon, Warren is suddenly able to feel all of Napoleon's feelings as his own.

While there is no evidence of a successful human-hog telepathic link having been formed through biotechnological means, the concept of animals communicating telepathically isn't entirely fictitious. The concept of pet psychics is based on the idea that humans can communicate with animals and understand their needs better than any veterinarian, although that field isn't entirely scientific. However, some scientists have done genuine research into determining whether or not telepathic communication between animals and humans is not just possible, but able to be studied, researched, and eventually recreated.

Per Smithsonian Magazine, a team of researchers proved in 2014 that very rudimentary communications between two minds without use of speech, text, or symbol are possible. "It’s still very, very early," says study co-author Alvaro Pascual-Leone, "[but] we can show that this is even possible with technology that’s available." While human-to-human telepathy is slowly being studied, other researchers have noticed that other animals' communication patterns resemble what people think of as telepathy, although those assumptions lack the peer-reviewed scientific research that Pascual-Leone's study has. Assuming that technology is being built that allow humans to speak with each other telepathically, and animals are possibly doing the same thing biologically, it's not hard to imagine that humans speaking with animals telepathically would be much different than tuning a radio to a different telepathic station.

This all reads like the stuff of fantasy and science-fiction, but perhaps the fact that this research is really happening is why Warren Chambers' plight on Limetown feels so real. While research and testing on the scale of what happened in Limetown isn't happening (or, if it is, it's as well-kept a secret as Limetown was) the fact that similar studies are happening across the world right now suggests that while the events of Limetown are improbable, they're not impossible. While there's a chance that in forty to fifty years you'll be able to go to the store and by a telepathic collar for your favorite pet, anyone who witnesses Warren's plight during his time in Limetown may think twice before trying to set up a telepathic line between themselves and their own Napoleon.

More like this
Bachelor Zach’s “Dream Job” Has Nothing To Do With His Work In The Tech Industry
By Brad Witter
Netflix Shut Down 'Bridgerton' S3 Rumours About A “Very Dark” Storyline
By Bustle
Linda Ronstadt’s “Long Long Time” Plays A Pivotal Role In The Last Of Us
By Brad Witter
Michael B. Jordan Tackled His "Public Breakup" With Lori Harvey On 'SNL'
By Brad Witter
Get Even More From Bustle — Sign Up For The Newsletter
From hair trends to relationship advice, our daily newsletter has everything you need to sound like a person who’s on TikTok, even if you aren’t.