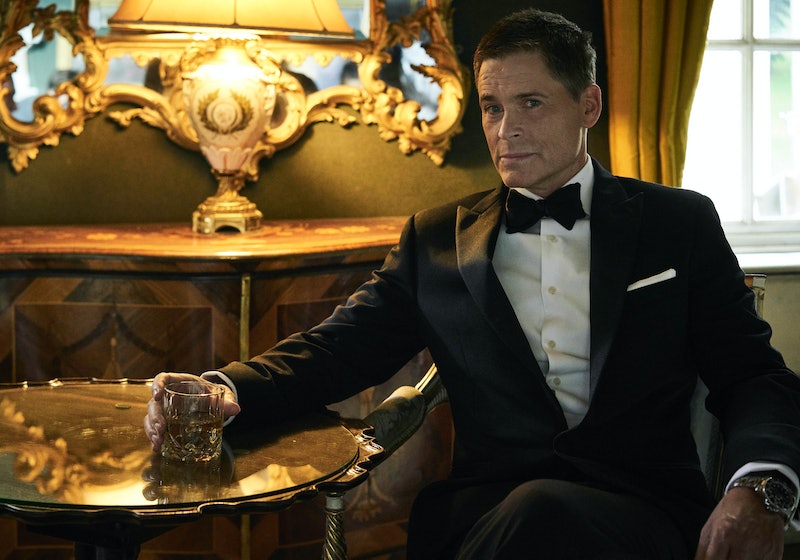 As the hype for new Rob Lowe-starring ITV show Wild Bill reaches overdrive, it's about time that you ask what you're really getting yourself in for. Because, by the sounds of things, we're all going to be hooked. A bit of info about the show has already circulated — like how it'll see Lowe as a Chief Police Officer leading a team of Bostonian coppers around East Lincolnshire's crime circuit — but is Wild Bill based on a true story? Because, well, Rob Lowe? In Lincolnshire? Surely, you just can't make that sort of stuff up.

Well, apparently someone did, and those people just so happen to be Jim Keeble and Dudi Appleton, with the show's location – Boston, Lincolnshire — providing them with much of the inspiration for it. Following ITV's commissioning of Wild Bill, Keeble and Dudi revealed in a statement:

“Wild Bill gives us an chance to write about modern Britain and modern crime through unique eyes. We wrote this for Rob Lowe, for his smart-talking, anarchic, soulful voice. Displacing Rob in Brexit Britain and specifically in Boston, Lincolnshire allows us to tell stories that are leftfield and unexpected. We wanted to write something that couldn’t take place anywhere else, or at any other time.”

It's a Brexit drama, perhaps in context, but not in content. As the show's executive producer Tim Carter confirmed to iNews: "Obviously the Brexit statistic was a point of inspiration, but we haven’t set out to make a Brexit drama." The writers chose the show's setting of Boston, Lincolnshire, as a topical lens into Brexit Britain, outside of the London-centric metropolis, which so many crimes shows of this sort seem to take place.

What he's referring to is Boston being described as the most "pro-Brexit town in Britain," with the BBC reporting that Boston was the most in favour of Brexit out of all British towns, as 76% of its residents had reportedly voted to leave the EU.

Now, with the UK's politics in shambles, and the government falling into disarray, the out-there decision to pop Hollywood actor Rob Lowe into a small town British cop drama, is a pretty apt reflection of the surreal state of what's currently going down in this country. In other words, Keeble and Appleton are right on the money with this one. Like, how could you create another standard, predictable cop show in a climate such as this? They've made all the right, ever-so-slightly strange choices.

So, make sure you don't miss out on the show everyone will soon be talking about, as Wild Bill premieres on ITV1 at 9 p.m. on Wednesday, June 12. I'm hoping it'll start a trend of Hollywood actors finding themselves cooped up in small British towns. Let's make Viola Davis come to Slough, shall we? TV commissioners, please take note. Now that the screen currently has the drama and absurdity of the world to compete with, it may just seed some more very, very good TV shows. I, for one, am totally onboard.