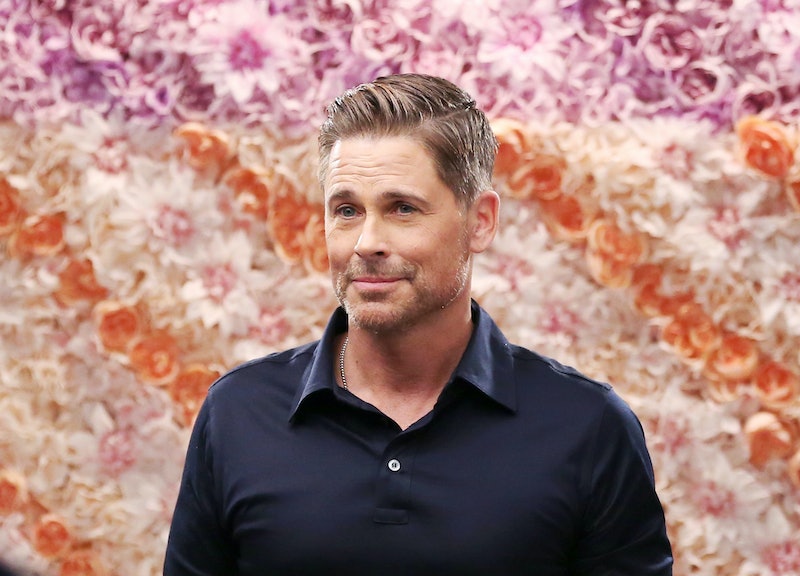 When you think of East Lincolnshire, Hollywood superstar Rob Lowe probably isn't the first thing that comes to mind. However, the brand new ITV drama Wild Bill stars Rob Lowe as lead character, Bill Hixon — an American police officer who has relocated to the region of the UK. And this six-part crime series sounds like it's going to provide some riveting viewing.

"When high-flying U.S. police chief Bill Hixon lands in Boston, Lincolnshire, with his 14-year-old daughter Kelsey in tow, he's hoping they can flee their painful recent past. But this unfamiliar, unimpressed community will force Bill to question everything about himself and leave him asking whether it's Boston that needs Bill, or Bill that needs Boston?"

The six episode ITV show has been created by The Hunted's David Griffiths, Kyle Killen, Dudi Appleton and Silent Witness' Jim Keeble. According to the Radio Times, show writers Jim Keeble and Dudi Appleton recently commented on the series. They said: "Wild Bill gives us a chance to write about modern Britain and modern crime through unique eyes. We wrote this for Rob Lowe, for his smart-talking, anarchic, soulful voice. Displacing Rob in Brexit Britain and specifically in Boston, Lincolnshire allows us to tell stories that are leftfield and unexpected. We wanted to write something that couldn’t take place anywhere else, or at any other time."

Lowe, who's also works as a producer on Wild Bill, sees his character appointed the Chief Constable of the East Lincolnshire Police Force, and when discussing his new role, the 54-year-old opened up about his love of working in the UK, and how he is embracing the opportunity to play a "fish out of water". According to Digital Spy, he said:

"As an actor, Wild Bill is a larger than life character who's outrageously articulate, has nothing to lose and revels in being an American fish out of water. As an executive producer, I'm excited to work with such talented partners and to come back to work in the UK, which I always love."

In an interview on The One Show, he explained that he didn't know much about East Lincolnshire before shooting the programme, and felt like a "fish out of water." Nevertheless, it seems he is already getting stuck in to UK politics and culture, as he recently weighed in on the scuffle in parliament between Jeremy Corbyn and Theresa May, where video cameras caught the leader of the opposition possibly calling the Prime Minister a "stupid woman." Corbyn denies the claim, saying he instead said "stupid people."

An ITV description of the Parks and Recreation star's character in the drama reads "With a first class degree in Criminology, a Masters in Psychopathology and a Doctorate in Statistical Mapping, Bill Hixon is impressively qualified to tackle the county’s crime figures with his graphs, charts, algorithms, and a tapestry of digits. Whip-smart, acerbic and unstoppable, Bill is very good at what he does. America’s Top Metropolitan Police Chief three years running is the ideal candidate to make his mark on the East Lincolnshire Force, not least by driving through drastic cuts. From the outset Bill isn’t about making friends. He’s here to get the job done and get the hell out as quick as his spin-class-toned legs will carry him."