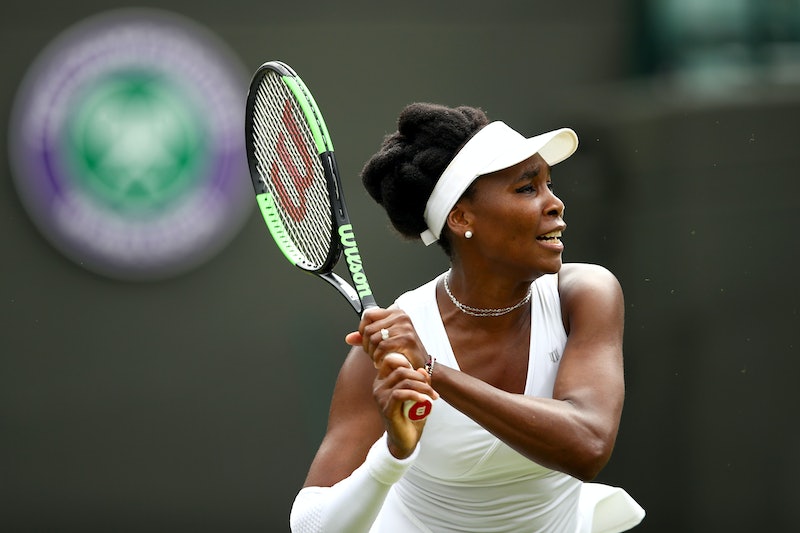 Ah, Wimbledon. Not only does this historic tournament mark the beginning of summer, but it's also a chance to see the world's most incredible and iconic female athletes do their thing and empower the next generation of aspiring players. And while you may get lost in the anticipation and drama of the game, in the end it's all about who will take home those championship trophies and a significant sum of dosh to boot. But is the Wimbledon prize money equal?

Thankfully, the answer is a resounding yes — but it hasn't always been this way. In fact, as the World Economic Forum reports, Wimbledon was the "last of the four major tournaments to award equal prize money" despite being the oldest tournament, "with the US Open rolling out pay parity in 1973, the Australian Open in 2001 and the French Open in 2006." As BBC reports, the All England Club initially refused to change the pay disparity as "women had best-of-three set matches" while the men had best-of-five contests," i.e. male players had a longer match time than women.

But as Venus Williams wrote in an op-ed for The Times in 2006, "women players would be happy to play five-set matches in grand slam tournaments" and made it clear that something needed to change for women to be fully appreciated in the sport.

"I said: 'All of our hearts beat the same. When your eyes are closed, you really can't tell, next you who, who's a man and who's a woman.' And I asked them to think about their daughters and their wives and sisters. How would they like to be treated?" Williams said during a meeting of the Grand Slam Board in 2005, as USA Today cited in 2018.

"Sometimes, we lose track of, and don't even realise, our own bias and our own prejudice. And we have to confront ourselves."

Striving to continue the work of the Women's Tennis Association founded by former world champion Billie Jean King in 1973, the constant push for equality by Williams, her younger sister Serena, and the likes of Maria Sharapova and Kim Clijsters eventually pushed the All England Club to reward both men and women the same amount of prize money in 2007. "We believe our decision to offer equal prize money provides a boost for the game as a whole and recognises the enormous contribution that women players make to the game and to Wimbledon," chairman of All England Club said in 2007. "We hope it will also encourage girls who want a career in sport to choose tennis as their best option. In short, good for tennis, good for women players and good for Wimbledon."

Williams fight for equality didn't stop there, as she and Serena became members of the Billie Jean King Leadership Initiative (BJKLI) in 2018, to further the cause of equal pay in the workplace. "They've been through a lot themselves, so they totally understand what's going on," King told USA Today.

"The two of them have transcended sports. The BJKLI is not about sports. It's about every industry. To try and get equal pay for equal work, and that means across the board, from CEOs down to entry level."