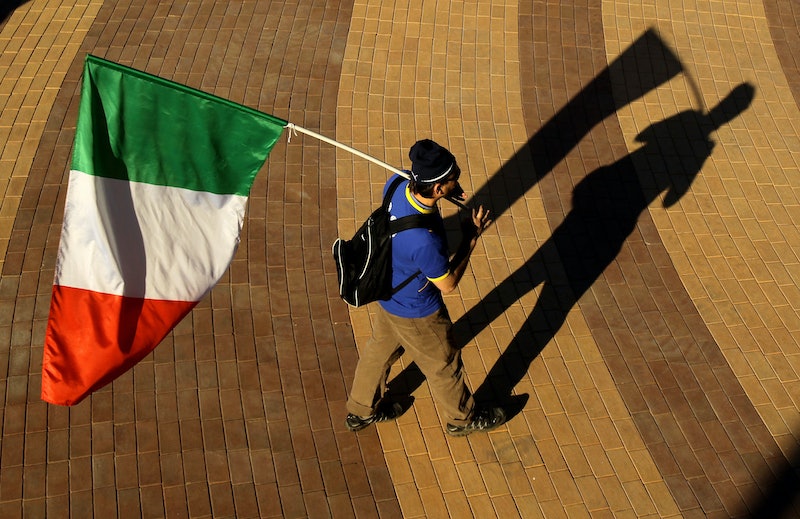 In March, a rape case from 2017 re-entered public spotlight in Italy after the country's highest appeals court decided to reassess its controversial verdict. The case included a detail in which three women judges claimed that the alleged victim, a woman, was "too masculine" to be raped, and acquitted the two men accused. On Tuesday, the highest court in Italy overturned the acquittals in this rape case, The Washington Post reported, giving a strong reason for its decision to do so.

The Italian Supreme Court noted on Tuesday that the physical appearance of a victim is "wholly irrelevant" and "non-decisive" in deciding the ruling for a rape accusation, according to The Post.

According to The Guardian, the alleged assault occurred in 2015 when the woman, who is from Peru, went to a bar in Italy with a group of people. The woman alleges that she was drugged and then raped by the two men, who have denied it in court, The Guardian reported. According to The Post, the two men were convicted in 2016 and later on acquitted in 2017.

The Local Italy reported that one of the judges noted in their acquittal that one of the men accused "didn't even like the girl, to the point of having stored her number in his phone under the nickname 'Viking', an allusion to an anything but feminine figure, rather a masculine one."

The court's move to overturn the acquittals on Tuesday echoes the sentiment of many activists who condemned the 2017 ruling by saying that it dehumanized the accuser. The Local Italy reported that the Italian feminist group, Rebel Network, protested the ruling on Twitter: "Rape does not fulfill a desire for pleasure, but an abominable hatred and contempt for the victim. It does not depend on how feminine you are, but on the hatred inside the rapist."

A spokesperson for the Rebel Network, Luisa Rizzitelli, told The Guardian, "The worst thing is the cultural message that came from three female judges who acquitted these two men because they decided that it was improbable that they would want to rape someone who looked masculine." She added that with some 200 people stepping out in Italy to protest at the time, the condemnations were proof of "sensitivity towards such topics."

Sexual violence against women in Italy has been widely documented. In 2018, The Local Italy reported that 8.2 million Italian women said they've been sexually harassed in some form in their lifetime, ranging from unwanted touching to verbal abuse. The women, according to the outlet, said that such abuse frequently took place in public places.

So far, the Italian Supreme Court ruling has been met with praise. Rizzitelli told The Post, "The Supreme Court has given justice not only to the victim but to all Italian women. Rape is a horrible crime that does not depend on the appearance but on the contempt and cruelty of those who commit it."

"Rebel Network hopes that this decision is a warning for future decisions,” Rizzitelli went on to say, "and for greater attention and sensitivity of judges when it comes to male violence against women."