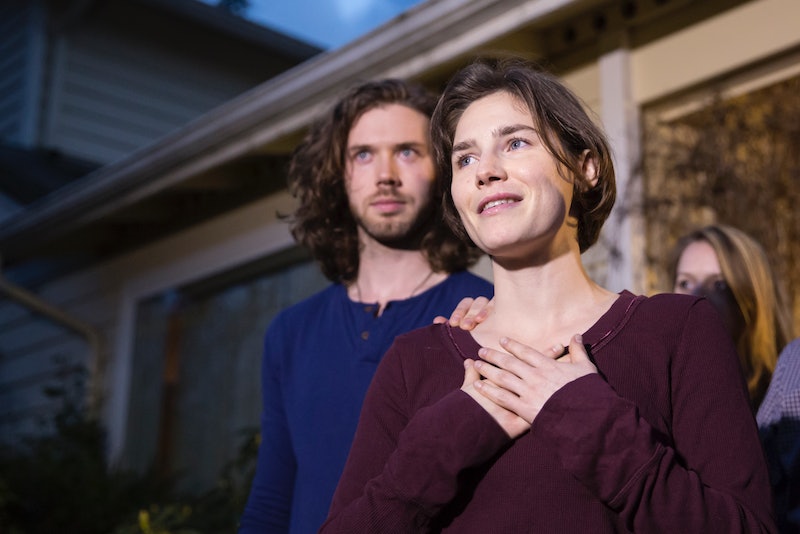 Twelve years after an American student studying in Italy was accused of murder, the European Court of Human Rights (ECHR) determined that she was mistreated at the time of her initial arrest. The court ruled that Italy has to pay damages to Amanda Knox because what it described as mistreatment led to her wrongful conviction in 2009.

Italy was instructed to pay Knox 18,400 euros, or about $20,800, according to CNN. The sum is specifically related to the events that took place immediately after Knox's arrest, when the ECHR said that the city of Perugia didn't arrange for a lawyer or a proper interpreter for Knox, whose Italian skills were not sufficient to speak for herself. "In the court's view, that initial failure had thus had repercussions for other rights and had compromised the fairness of the proceedings as a whole," the court ruled, per CNN.

Following her exoneration in the murder case, Knox appealed a conviction for "malicious accusation" — which came after she falsely told police that her then-boss had committed the murder — with the ECHR, as CNN explains.

"Today, the European Court of Human Rights ruled that my slander conviction was unjust," Knox said in a statement posted to her website that she also shared on Twitter. "I am grateful for their wisdom in acknowledging the reality of false confessions, and the need to reform police interrogation methods."

"I remain forever grateful to everyone around the world who has believed in me, defended me, and spoken out on my behalf throughout the years. I couldn’t have survived this without your support," Knox's statement continued.

"In regards to this 'confession' that I made last night, I want to make clear that I'm very doubtful of the verity of my statements because they were made under the pressures of stress, shock and extreme exhaustion," Knox said in 2007, according to CNN. "Not only was I told I would be arrested and put in jail for 30 years, but I was also hit in the head when I didn't remember a fact correctly."

However, the ECHR did not find that the Italian police physically mistreated Knox — only that her rights were violated when she was denied access to a lawyer and an appropriate interpreter, according to the BBC.

"I never should have been charged, much less convicted, of slander," Knox wrote. "Scapegoating the wrongfully convicted for the mistakes and misconduct of the police prevents us from reforming the system, leading to further miscarriages of justice."