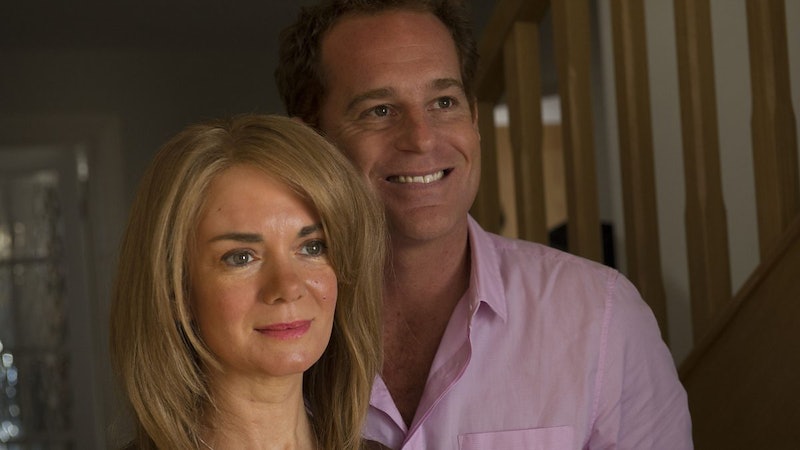 Back in 2015, the BBC's Doctor Foster had the nation on the edge of their seats as the story surrounding a married couple and a dramatic affair began to unfold. The hit series returned for a second run back in 2017, and it appears fans of the drama have another treat in store, because the BBC have confirmed a Doctor Foster spin-off is on its way.

As The Sun reports, the upcoming BBC spin-off Life is set within the same universe as Doctor Foster, but focuses on a rather unexpected character. Anna Baker, who you might recognise as being Gemma Foster's neighbour in the original series, will be the protagonist in Life. Baker will again be portrayed by The Crown's Victoria Hamilton, and the Manchester-based drama will follow Anna as she relocates from her fictional home county of Parminster to embark on a new life. However, Baker has taken on an entirely new identity, and the story of this now-central character just got a whole lot more intriguing.

Viewers last saw Anna in Doctor Foster's second series, during which she split up with her unfaithful husband Neil and decided to move away. Speaking to The Sun, show-writer Mike Bartlett explained that he always "loved" the character of Anna Baker, and revealed that her last appearance "was really the start of her story, rather than the end."

Discussing what viewers can expect from the series, Bartlett went on to tease that Life "is all about a group of remarkable characters with unexpected desires and hidden secrets, in search of something beyond their everyday lives." According to Digital Spy, the spin-off was first given the go-ahead back in March 2019, and in a statement regarding the upcoming drama, the BBC revealed that Life will combine four "deeply human and surprising strands" to a larger story, which aims to explore "what happens when we decide to step out of our own personal space and take a closer look into other people's lives".

In addition to Hamilton, the cast of the new series is set to include Gavin & Stacey's Alison Steadman, Doctor Who star Peter Davison, Trauma's Adrian Lester, and many more. However, Jodie Corner and Suranne Jones, who played the characters of Kate Parks and Gemma Foster in the original series, will not be reprising their roles.

So, although many Doctor Foster fans were perhaps hoping for a third season, a gripping new spin-off will most definitely suffice, and I, for one, cannot wait.