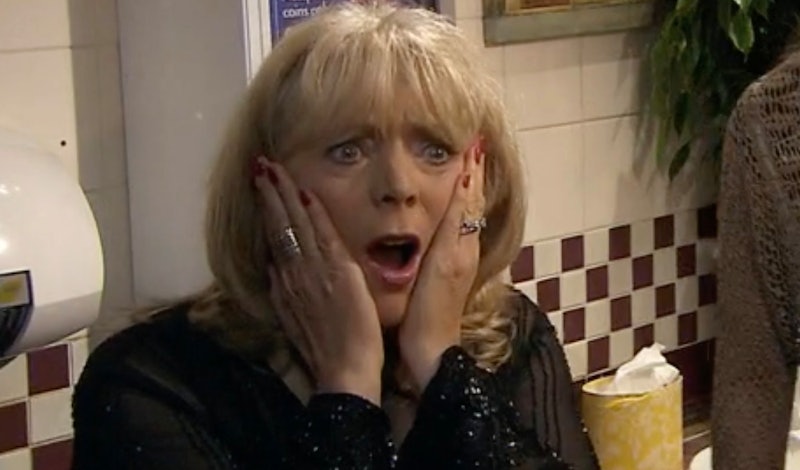 Getting a show onto TV screens is a long and tedious process for most and, more often than not, the creators of TV shows that have gone on to become huge actually got a bucket load of "no"s at the beginning. Even Ruth Jones and James Corden faced rejection with their epic sitcom about a Welsh women and an Essex lad falling in love. Yes, that's right, ITV actually said no to Gavin & Stacey, and I reckon they're kicking themselves now.

So, this intel on this comes from the former controller of comedy at ITV, Sioned William. During an upcoming BBC documentary, Funny Nation, she admits that ITV had concerns re commissioning the show not because of the content, but the location. William explained:

"I thought it was fantastic and tried to get it made by ITV, but was told that probably it wouldn’t be broadly accessible enough, because it was Welsh."

Bustle has reached out to ITV to see if we can learn anything more about this comment from William, and I'll let you know if we hear anything.

Funny Nation is set to air on BBC One Wales on Dec. 8, 2019, exploring Welsh comedy and how it's developed over the years. Ruth Jones appears in the documentary and speaks about how the concerns that were brought up in regards to her native Wales stayed with her, even after the success of Gavin & Stacey. Jones speaks about how she very nearly chose an entirely different location for her show Stella, saying:

"Originally I did think of setting [Stella] in Bristol. Purely because I thought I can't do something in Wales again. You know, people will be going, 'Oh well she can only write Welsh stuff.'"

Jones continues: "For some reason we think you can only have so much Welsh on the telly. I do think that is bonkers when you think about all the dramas that are set in Manchester [and] obviously London."

Despite concerns from ITV, the show got made. And boy oh boy did they miss out on a doozie because that little comedy show that began on BBC Three became an enormous international hit. By season three, it had made its way to BBC One and raked in a stonking 10.3 million viewers for its finale.

So beloved is it by its fans that when they announced a Christmas special, fans went wild. The hotly anticipated show is to be broadcast on Christmas Day 2019 and, according to the Metro, has already received rave reviews from critics. So clear the decks on Christmas Day and find out what the old gang have been up to.