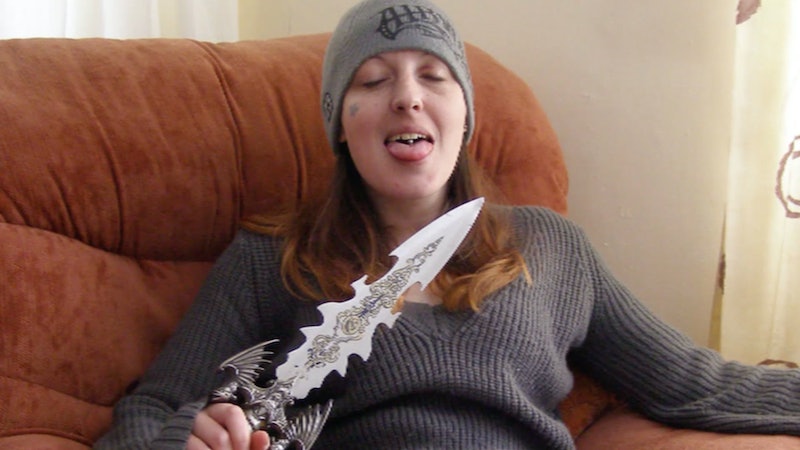 As part of ITV's Crime & Punishment series, presenter and journalist Susanna Reid will be examining the case of Joanna Dennehy, who was found guilty of murdering three men and sentenced to life in prison in 2014. By examining evidence and never-before-seen CCTV tapes of her custody, ITV's Joanna Dennehy: Serial Killer will provide insight into what drove Dennehy to commit such horrendous acts of violence, and the impact it has had on her family and friends.

After an alleged 10-day killing spree in Cambridgeshire during March 2013, as the Daily Mail reports, Dennehy became one of Britain's most wanted criminals and a nationwide police hunt ensued. She was eventually arrested in Hereford where she was found with a pocket knife "stained black with dried blood," the Guardian states. Dubbed as "Britain's worst serial killer" by criminologist Christopher Berry-Dee, Dennehy reportedly showed no remorse for what she did, which also involved the attempted murder of two more men, as The Telegraph reports.

While Dennehy was known to police due to "a history of low-level crime," her upbringing was reported to be relatively normal. "She doesn't come from a background where you could draw a direct link from something terrible happening to her and her becoming a terrible person," Reid recently told The Scotsman. She added:

"She came from a stable, decent family home and was well looked after. Her family said butter wouldn't melt in her mouth. When there is not an obvious explanation for why someone has become a serial killer, that makes the detective story more fascinating, doesn't it?"

And that's what this documentary focuses on. With the help of experts and interviews with key subjects in the investigation such as the trial barrister, the lead detective, and John Treanor, the father of Dennehy's two children. Through this, Reid can "paint a picture of how an intelligent and privileged young girl transformed into a dangerous, bloodthirsty psychopath" as the ITV press release states. Dennehy's motive may have also been connected with issues surrounding her mental health, as she was reportedly diagnosed with antisocial personality disorder before the attacks took place, according to the Guardian. And, as Vice reports, she was later diagnosed with paraphilia sadomasochism by a prison psychiatrist, a condition in which the person has "a need to give and receive pain while having sex."

According to Vice, Dennehy also had a history of domestic abuse towards her ex-partner Treanor, who would be kicked and punched by Dennehy while she was drunk. "She is not my children's mother — she gave birth to them, that's all she is," he said in the ITV press release. "She is the donor, she gave them over, I don't really want my kids to have anything to do with this woman." During an interview with This Morning in 2014, Treanor disclosed to presenters Philip Schofield and Holly Willoughby that he made it his priority to protect the children from their mother. And after an incident that involved Dennehy stabbing a knife into the floor while drunk, he left their home with his kids the next morning.