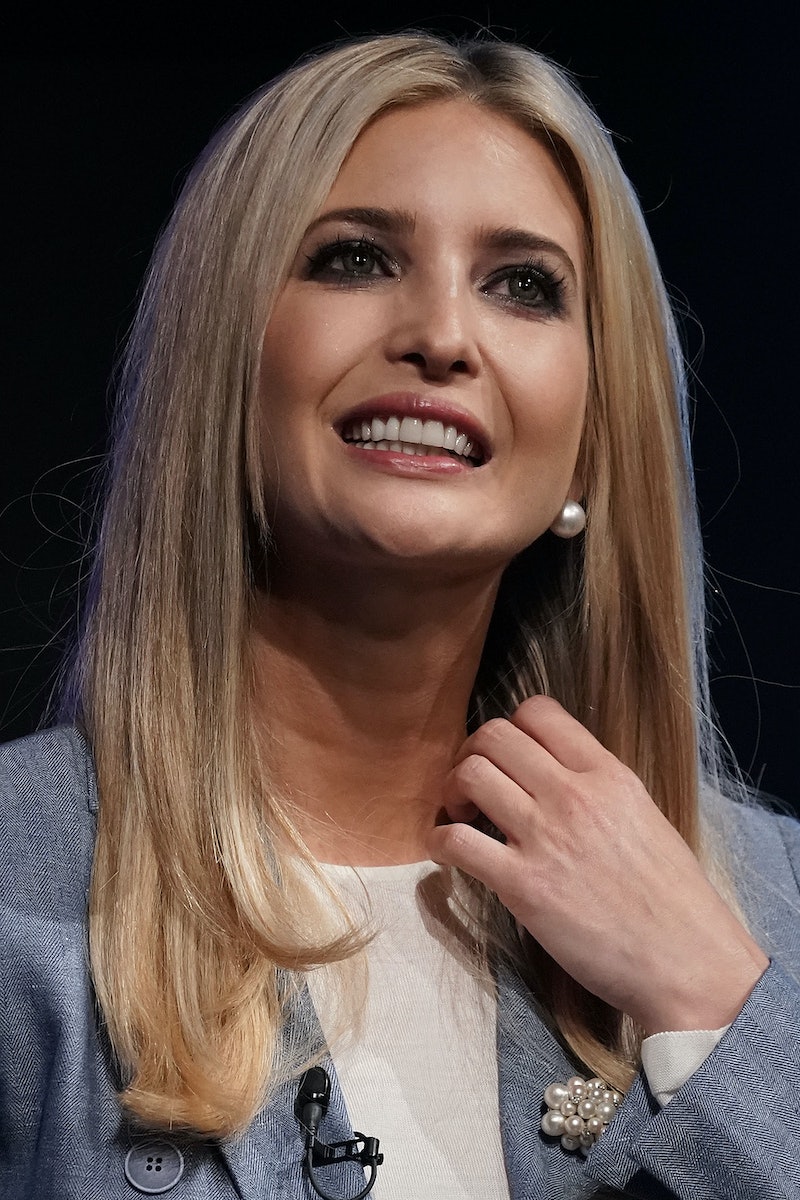 You may know her as the first daughter and adviser to President Trump, but photos of Ivanka Trump's modeling career show that glamor preceded Ivanka's venture into American politics. According to Yahoo! Style, Ivanka entered modeling after she completed boarding school. At the time, then-15-year-old Ivanka became a member of the Elite Model Management's celebrity subdivision.

A New York Times report of Ivanka's modeling career, published in 1997, noted Ivanka's zest for posing and strutting down the runway. At the time, Ivanka told the paper, "I live for the moment. I do not fear the future because I think every experience makes you stronger. I am the kind of person who has no regrets." New York Times' Jennifer Steinhauer gave the then-model's remarks an eviscerating assessment, calling them "banalities, stated in studied, contraction-free sentences."

Perhaps one reason why Ivanka managed to enter the ever-daunting world of modeling without much difficulty is because her father and Elite had been close over the years. For instance, The New York Times reported that the founder of the model management company, John Casablancas, was a friend of Ivanka's father.

Still, some in the fashion industry did not view Ivanka's modeling profile as impressive. The owner of Company Management told The New York Times in 1997, "If [Ivanka] walked into my agency, I would not sign her as a model. I like girls to be exceptionally editorial, which is more of an ability than a look. I don't she has that edge."

That was 21 years ago. And although politics is now Ivanka's main focus, her modeling past continues to be a topic of discussion. Here are just some photos from the first daughter's more glitzy days.