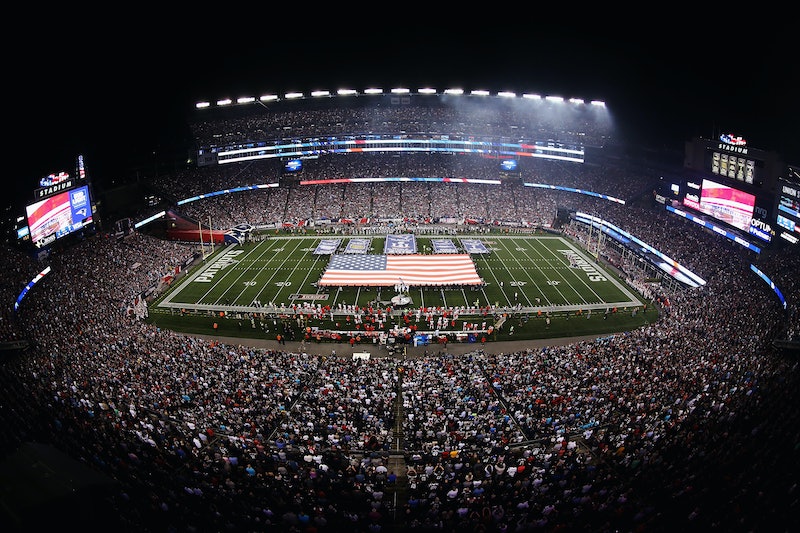 With Super Bowl LIII set for this weekend in Atlanta, the first daughter is bringing attention to a less-talked about issue associated with the event — human trafficking. Ivanka Trump's Super Bowl tweet about trafficking on Thursday urged her followers to keep up to date on the problem, which has already spurred 33 arrests in Atlanta this week, according to the Associated Press.

"As the Nation prepares to celebrate #SuperBowlLIII, the US government is taking aggressive action to combat trafficking at this year’s event." Trump wrote. "Remain alert + Stay informed!" In her tweet she also included a shout-out to the Department of Homeland Security's (DHS) Blue Campaign, a public awareness effort to end trafficking.

Human trafficking is an issue that affects Atlanta — and the rest of the country — year-round, according to the International Human Trafficking Institute. And while a large influx of out-of-towners arriving for the weekend might exacerbate the issue, experts say there's a bigger picture.

"All this is, is a one-day snapshot into what otherwise is a 365-day problem," Bradley Myles, executive director of the Polaris Project, told Reuters ahead of the 2018 Super Bowl, which attracted more than 100,000 visitors. "The same traffickers that are committing trafficking ... during the Super Bowl, they’re going to wake up in the morning on Monday and do the same thing."

Coinciding with Human Trafficking Awareness month in January, the city of Atlanta has ramped up its messaging about the issue before the football hype begins. According to CNN, that's meant posters with hotline numbers hung in public spaces and informational sessions with community members to identify the warning signs of trafficking.

Trump has also talked about trafficking as a priority in her role as a senior aide to the president over the last two years. In late November, she penned an op-ed for The Washington Post discussing the administration's strategies for combating the problem worldwide, including cutting some aid funding to countries known to have not taken steps to protect trafficking victims.

Trump's work on the issue has not been met without criticism, however. The Fight Online Sex Trafficking Act (or FOSTA), a bill she lobbied for, passed in April but was denounced by organizations like the ACLU. That's because FOSTA cracks down on websites that sex workers use to do their jobs safely, according to Think Progress. Trump apparently disagreed, however, calling it an "important piece of legislation" that "bring[s] us one step closer to ending sex trafficking online & restoring safety in our communities."