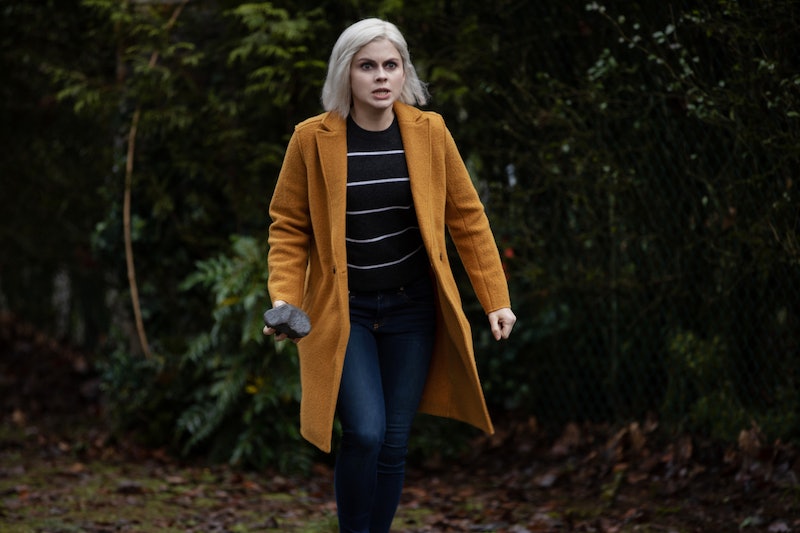 Unfortunately for fans, it's time to say goodbye to one of the CW's cult favorites. After its finale this week, iZombie won't return for Season 6. And while the show will be sorely missed, it will at least give fans a satisfying ending.

The news that Season 5 would be the series' last was confirmed in May of last year, according to TVLine, so viewers have had some time to prepare themselves for the end of Liv's wild and wonderful journey. In an interview with Variety, showrunner Rob Thomas reflected on his work for the show, saying that he's enjoyed cultivating the story and seeing through his original plan, while allowing the narrative to take a few unexpected turns.

"There are certain things I didn't know at the beginning, like the notion of Ravi and Peyton being a couple, for example," he said in April. "We didn’t think about that going in — it was only watching those two on the screen together that that became interesting to us." But in terms of the big picture, he said there was always a clear vision. "Some of those details that have happened along the way are things we've picked up, but in terms of the big story of Liv, the zombie outbreak, and how it was resolved in Seattle, that we’ve kind of known the whole time."

That should bode well for fans hoping for a complete ending, since its sounds like Thomas always had a rough idea about how things would eventually wrap up.

Rose McIver, who stars as Liv, told The Mary Sue that she's had fun going all-in on this last season. "I feel like I'm pulling out all the stops," she said. "It's kind of nice, you're not metering yourself anymore." She added that the series finale will have that same kind of attitude" "If we have ideas, use them … it's been pretty full-on."

The finale comes the same week as another iconic show on The CW — Jane The Virgin — and that's certainly not lost on viewers.

While Jane The Virgin is great — and might have a larger fanbase — iZombie deserves just as much of a send-off. The strange, quirky show has worked its way into plenty of people's hearts, proving that even an under-the-radar, supernatural oddball like itself can still find a dedicated audience.

Thomas is ready to say a bittersweet goodbye, and hopes to do fans proud as he does so. "For the first time in my career, I know that this show is going to be over at the end of the season. It is in a lovely bow at the end of the season," he continued in the aforementioned Variety interview. "We will answer all of the big, long-term arc questions. You'll get answers to just about everything before the season ends."

Thomas seems content to ends things where they are, and hopefully when it's all said and done, fans will be happy, too.

More like this
Wait, Is 'Happy Valley' Not Actually Over?
By Darshita Goyal
The 'Gossip Girl' Reboot Creator Is “Looking For A New Home” To Air A Potential Season 3
By Brad Witter
'The Last Of Us' Episode Schedule Competes With The Super Bowl & Oscars
By Brad Witter
Grammys Host Trevor Noah Made Adele's Dream Of Meeting The Rock Come True
By Brad Witter
Get Even More From Bustle — Sign Up For The Newsletter
From hair trends to relationship advice, our daily newsletter has everything you need to sound like a person who’s on TikTok, even if you aren’t.