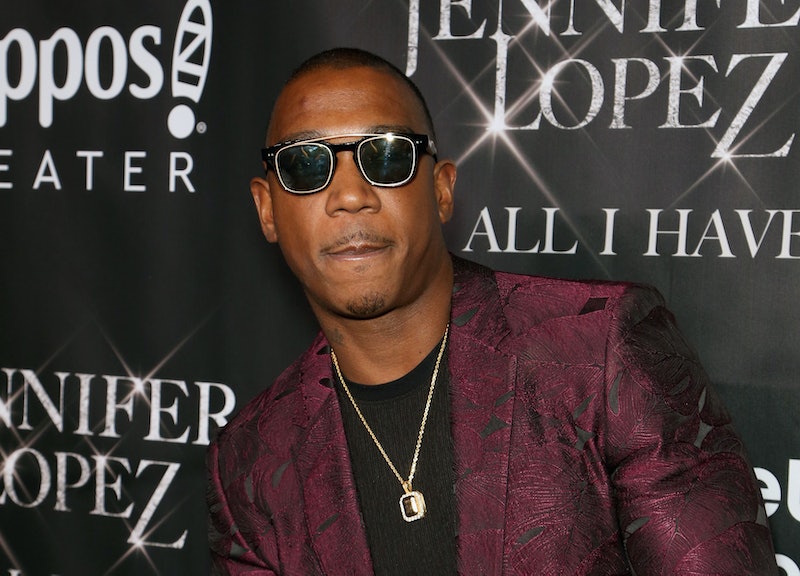 Ja Rule has seen the Fyre Festival docs and is ready to defend himself. Over the weekend, Ja Rule responded to the Fyre Festival docs, Hulu's Fyre Fraud and Netflix's Fyre: The Greatest Party That Never Happened, which take a closer look at the doomed 2017 luxury music festival he helped create with entrepreneur Billy McFarland. And Ja Rule wants those who've seen the docs to know, he claims he was also duped by McFarland, who was convicted of fraud and sentenced to six years in jail last year.

"I too was hustled, scammed, bamboozled, hood winked, lead astray!!!" Ja Rule wrote on Sunday (Jan. 20), adding in his next message, "Come on your [sic] smarter than that... I feel bad for those ppl... but I did not and would never scam ANYONE... period!!! And I don’t care if anyone sympathizes with me or not those are the FACTS!!!"

Ja Rule didn't participate in either doc, but he does appear in behind the scenes footage, which he claimed on Twitter didn't tell the full story of the festival in Great Exuma, Bahamas, which was a way for McFarland to promote Fyre, his website and app meant to change talent booking. In fact, he took viewers to task for just taking the docs at their word.

"I love how ppl watch a doc and think they have all the answers," he wrote, adding in his following tweet, "Y’all want it to be me sooo bad it’s crazy... kinda sad!!! the crazy sh*t is I’m watching the docs in awe myself..."

He later defended his own connection to the Fyre Fest. "I had an amazing vision to create a festival like NO OTHER!!!" he tweeted. "I would NEVER SCAM or FRAUD anyone what sense does that make???"

Following the dumpster fire that was Fyre Fest, Ja Rule released an initial statement apologizing to those who came out to see models like Bella Hadid, Kendall Jenner, and Hailey Baldwin and ended up with sad sandwiches instead.

“We are working right now on getting everyone off the island SAFE that is my immediate concern," he tweeted back in 2017. "I’m heartbroken at this moment my partners and I wanted this to be an amazing event it was NOT A SCAM.” While he stated that he was "deeply sorry" for what had happened, he was also quick to dismiss any personal blame writing "it's NOT MY FAULT."

Over the weekend, Ja Rule once again wanted to separate himself from the controversy, accusing the makers of the documentaries of paying people off to tell the story they wanted to tell.

“Hulu PAID BILLY!!! That money should’ve went to the Bahamian ppl," he tweeted. "Netflix PAID f**k Jerry the same guys that did the promo for the festival,” he wrote, before claiming he had "receipts!!!" of what really happened. He has yet to share those with Twitter.

When fans questioned Ja Rule over whether he profited off of the festival, he tweeted, "I NEVER MADE OR GOT PAID ONE DOLLAR FROM FYRE... BUT EVERYONE ELSE DID!!!"

Ja Rule did send his apologies to Maryann Rolle, a restaurant owner in the Bahamas who was featured in the Netflix documentary. In the film, Rolle revealed that she had lost her life savings after being scammed by McFarland and his company.

"My heart goes out to this lovely lady," Ja wrote on Instagram. "We’ve never met but I’m devastated that something that was meant to be amazing, turn out to be such a disaster and hurt so many ppl... SORRY to anyone who has been negatively effected by the festival."

Many felt the same way, donating to Rolle's GoFundMe to help her pay off debts accrued after the festival. The fund has raised more than $130,000 since being created on Jan. 14, exceeding its original goal by more than $7,000.

"There is an old saying that goes 'bad publicity is better than no publicity'," Rolle wrote on her GoFundMe page. After these documentaries, Ja Rule might be hoping the same thing.