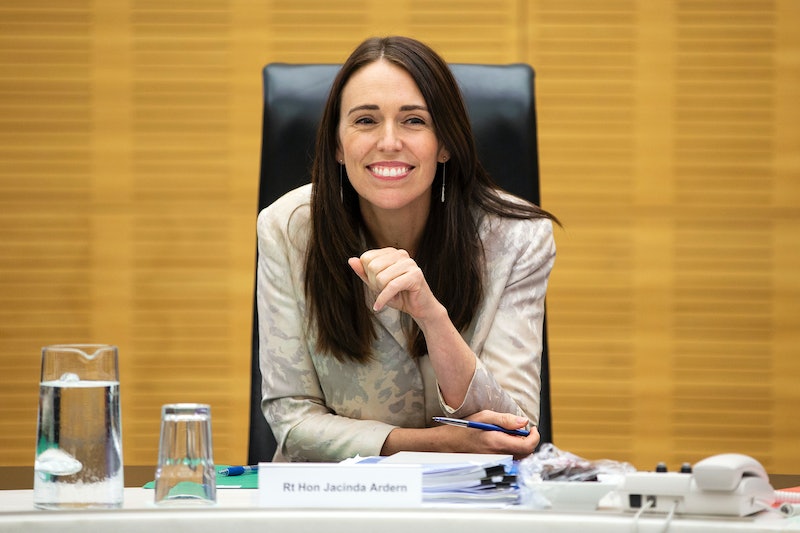 If you ask me New Zealand's Prime Minister is proving to be one of the world's most in touch, forward thinking, intelligent, and caring leaders. In power since 2017, Ardern is the 40th Prime Minister of New Zealand and only the third woman to be in charge of the beautiful island nation. Making her one strong wahine (woman in New Zealand's indigenous language Maōri). She has proven herself to be an utter legend from the get go, and there are several reasons why Jacinda Ardern is goals. People often wonder how legends are made, so I'll walk you through it.

Let's start with the reason she has most recently been in the press, as the head of a country mourning a horrific and tragic loss of life through terrorist attack. After after the devastating mass shooting at two mosques in Christchurch left at least 50 dead, Ardern immediately stepped up to the plate. Not only has she openly shown her empathy for her people in this time of grieving but she has taken action in two huge ways. The most important choice she made was declaring that New Zealand was to make the type of assault rifles used in the attack illegal for private use with immediate effect. All within six days of the attack.

A second and enormous decision she made was not to name the assailant. Ardern's first speech in parliament after the shooting promised not to give the terrorist what he wanted: notoriety. People who get involved in murder and mass shootings often do it in order to gain fame and admiration, so this stand is significant and hopefully something that others will follow. She said in New Zealand's Parliament earlier this week:

He is a terrorist, he is a criminal, he is an extremist. But he will, when I speak, be nameless. He may have sought notoriety, but we in New Zealand will give him nothing. Not even his name.

Before the attack happened, Ardern was already proving to her people that she is here for them. She is not only a feminist icon for her work, but also for giving birth while in office, which is only the second time in the history of the world that that's has happened (the other time being the sadly deceased Benazir Bhutto). Proving even more that a woman having a child does not mean she should be counted out of her chosen career and can still give just as much, if not more, as her male colleagues. She is also the first world leader to attend the United Nations general assembly meeting with her baby alongside her.

If you haven't swooned enough, this woman gets even cooler. She has spoken in depth about the criticism she has received for being a kind, compassionate leader, which is perhaps one of the strangest and most unlikely things to have to defend. But she nailed it in her response, telling the BBC, "It takes strength to be an empathetic leader."

If her successful international career, enormous heart, empathy, and no-nonsense attitude isn't enough to make you love her — y'all, she DJs. OK, maybe more like used to DJ, but I am almost sure that in the privacy of her own home she is not only the master of a country but also the master of beats.

Above all though, in my opinion, Ardern is goals because she has given not only her country but the whole world one thing that no other politician has in a long time — hope. Hope for a world led by people who care about the people they govern, indigenous and international communities, the environment, equality, fighting poverty. People who will lead with empathy, hard work, kindness, and stand firm against those who don't.