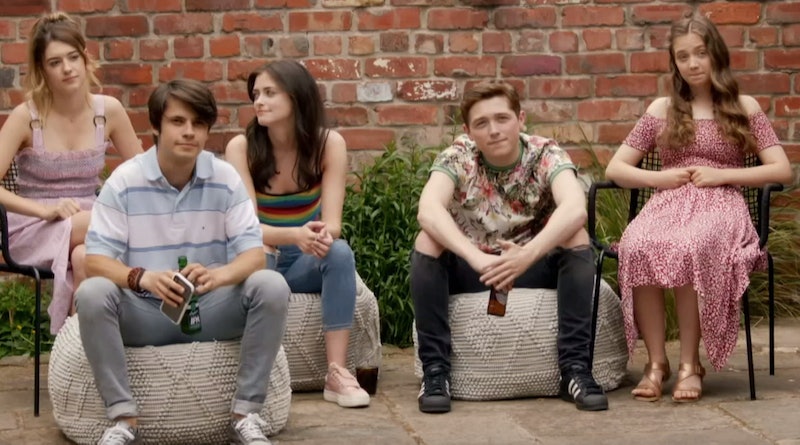 If there's one thing that spurs a ton of nostalgia for me, it's seeing Cold Feet back on the telly. I was pretty young when the series first started, my parents were avid fans of the series so I got enough glimpses here and there for the characters to become ingrained in my brain. And while I love seeing the original five back at it again, it's really interesting to see how well the actors playing their kids have adapted to the series, especially when it comes to Pete and Jenny Gifford's son Adam. So, who is Jack Harper?

Well, it looks like Harper is fairly new to the acting scene, as from what I can gather he's only had a couple of credits before landing the role of Adam. According to his IMDB page, Harper's first role was in the Mat Whitecross's Spike Island where he starred alongside Emilia Clarke. A year after he was first cast as Adam in Cold Feet, he portrayed Jake Demichelis in the BBC One series Broken, which starred Sean Bean as a Catholic Priest. Is it just me, or does there seem to be a strange Game of Thrones connection here?

While Harper also starred in the Netflix series Free Rein in the summer of 2017, Cold Feet is where most of his acting experience seems to lie, as he has appeared in pretty much every episode since the show returned in 2016. And judging by the synopsis for the next episode of the eighth series, Harper has a pretty prominent role when the gang of adults go to a music festival to support Adam and his band.

And while Cold Feet's 2019 return has only just begun, Bullen is certain that this series will pack a lasting punch. "We've got plenty of trials and tribulations in store for them as they navigate their way through middle age, and more than a few laughs and tears along the way," he told Radio Times.

Anyway, back to Harper. To land a role like this is pretty substantial for a young actor, and it seems as though it's already moving Harper on to other projects as he is set to appear in a yet untitled project by Michael Hines and Mark Quinn. But judging by the fact that IMDB lists Tommy Cannon and Bobby Ball as part of the cast, I have a sneaking suspicion it might be something to do with their double act.

I have no doubt that you'll be seeing a lot more from Harper in years to come if his performance in Cold Feet is anything to go by, especially if the series continues on into a ninth series. And thanks to some enthusiastic comments from show creator Mike Bullen on the show's return, Cold Feet could easily continue into a ninth series. "We've still got so many stories to tell for these characters, and I'm delighted that we're being given the opportunity to tell them," he told ITV in a press release.

Who knows, maybe there could be a reboot of the series in the near future, with the kids as the main characters. Now that's something I'd like to see.