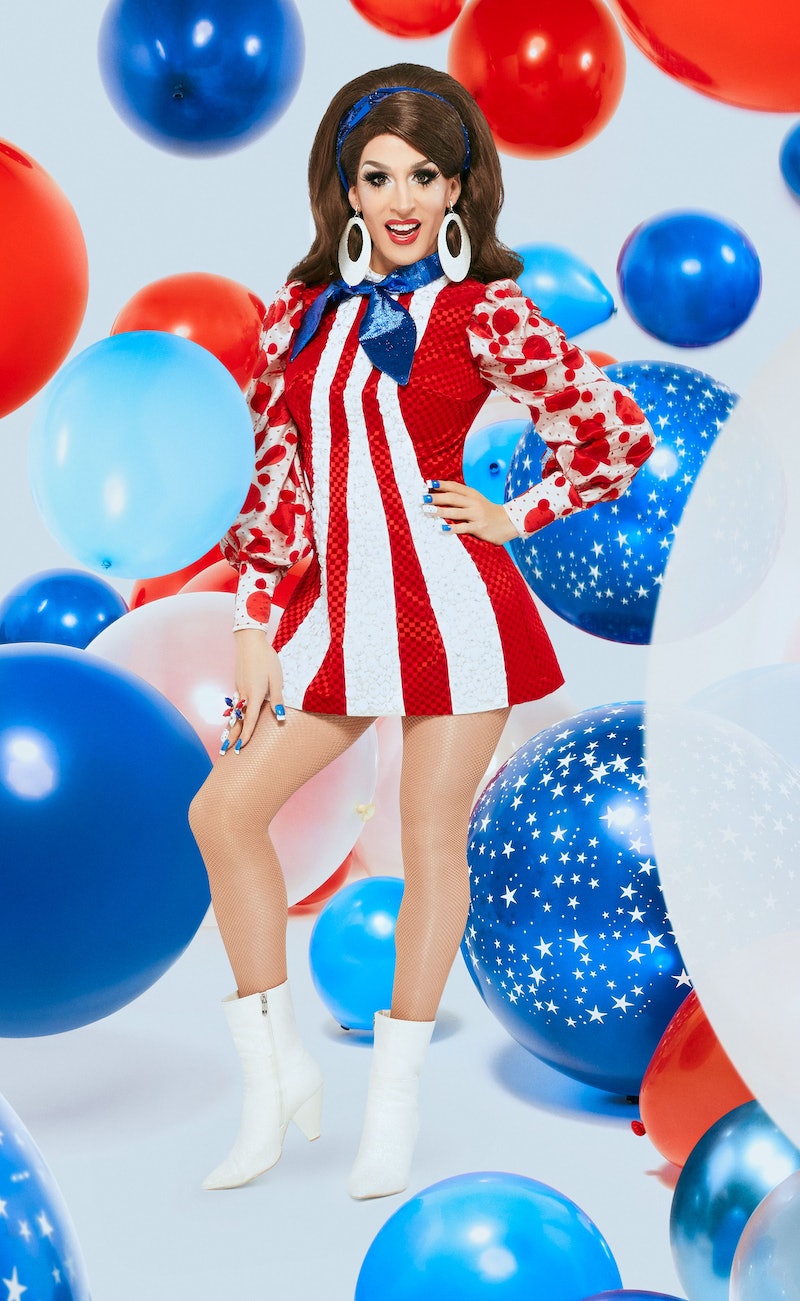 In the politically charged April 24 episode of RuPaul's Drag Race, Jackie Cox delivered a lip-sync so moving, it made Jeff Goldblum cry — a fitting bookend to a particularly special episode for Jackie. Though her over-prepared debate landed her in the bottom during the "Choices: 2020" challenge, she also had the opportunity to open up about how the Trump administration's 2017 travel ban — which affected several countries with majority-Muslim populations — impacted her immigrant family.

"When the Muslim ban happened, it really destroyed a lot of my faith in this country, and really hurt my family," Jackie told the judges before her lip-sync. "That's so wrong to me. And I had to show America that you can be LGBT and from the Middle East, and there's gonna be complicated sh*t around that, and that's OK. But I'm here, and I deserve to be an American just as much as anyone else."

That carried her into an even more powerful lip-sync against Widow Von'Du, during which she sang Katy Perry's "Firework" while wearing a hijab adorned with 50 silver stars, as well as a red-and-white striped kaftan. "I"m exploding out on that stage because I'm feeling the weight of everyone who's ever been told they need to go back home where they come from," Jackie said in a confessional. "I'm here to let them know that, 'Baby, you're a firework, and you have a place right here in America.'"

As Jackie passionately twirled her kaftan over and over again, truly letting her "colors burst" all over the stage, those emotions were so evident. And when she struck her final pose, Goldblum wasn't the only one in tears. If the lip-sync had been the challenge, Jackie definitely would've come out on top.