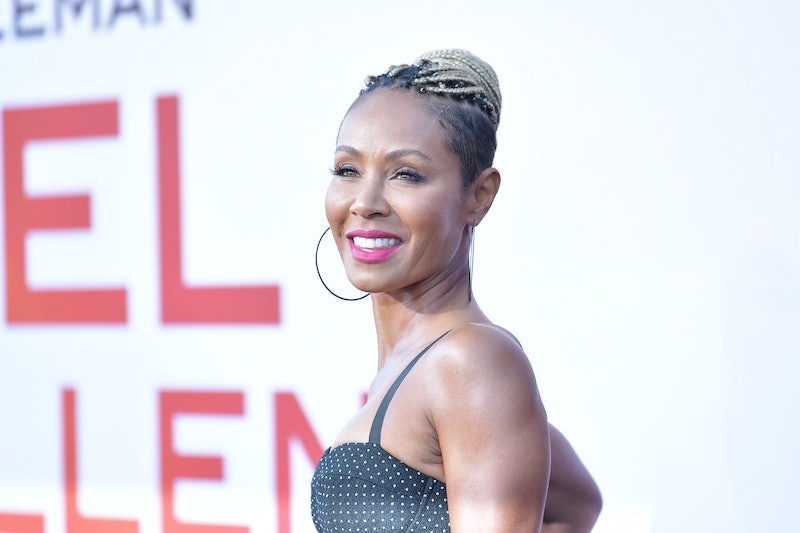 While Megan Thee Stallion’s Hot Girl Summer is coming to close, that doesn’t mean Black women are done stunting and showing off on social media. Jada Pinkett-Smith’s DMX Challenge has graced the Twittersphere, and it proves even the biggest stars can be swayed into participating in viral internet challenges.

If you haven’t already heard of the DMX challenge, then you’re missing out on some serious style ideas. The challenge that Black women are dominating highlights the second verse in rapper DMX’s 1999 single “What These Bitches Want” that names 46 different women. For every name listed, Black women show off a look to represent each woman listed in the verse.

Jada Pinkett-Smith has now hopped on the #DMXChallenge bandwagon, offering her own spin to the viral video challenge. The Red Table Talk host posted her video on Aug. 28 to Twitter and Instagram with the caption, "I wanna play tooooo #DMXchallenge." In Pinkett-Smith’s rendition, she complies a bunch of her looks from the different character roles she’s taken on over the years. From her short look as Peaches in A Low Down Dirty Shame to the hippo, Grace, she played in Dreamworks’ Madagascar, Pinkett-Smith’s #DMXChallenge covers the spectrum of her life’s work.

When celebrities get in on internet challenges, they always maximize their cool factor tenfold.

As far as previous internet challenges go, there aren't too many that have been deemed safe, nor one that has been strictly targeted toward Black women. However, the #DMXChallenge shows the versatility behind Black women and their style and Pinkett-Smith is the one you'll want to add to your style board immediately.

A lot of people can get on Pinkett-Smith's version of the challenge because it truly shows where the Red Table Talk host has been in her 30-year career. Fans, and especially Black women, are afforded the option of seeing different versions of themselves all at one time in Pinkett-Smith's #DMXChallenge. The actor mostly included clips and pictures of the various Black women she's played who always had different backgrounds.

Pinket-Smith includes some of her most dynamic characters in the challenge, such as chemistry student Carla Purty from The Nutty Professor, Gotham villain Fish Mooney, college student Lena James from A Different World, and Captain Niobe from The Matrix franchise.

Pinkett-Smith may have included a lot of nostalgic clips and still images from movies and television shows from her long resume of work, but the actor also funneled in many of her more recent looks that she's worn regularly off-screen. Among her blond braids, super short hair cuts, and coveted head wraps, Pinkett-Smith proves she can still serve looks of today to the masses in 2019 and beyond.

Now that one mega celebrity has jumped on the #DMXChallenge, here's to hoping that other OG Black and brown actors hop on it before it stops trending. After all, who better to show off a series of authentic '90s and '00s looks than the people who were there to live in those eras.