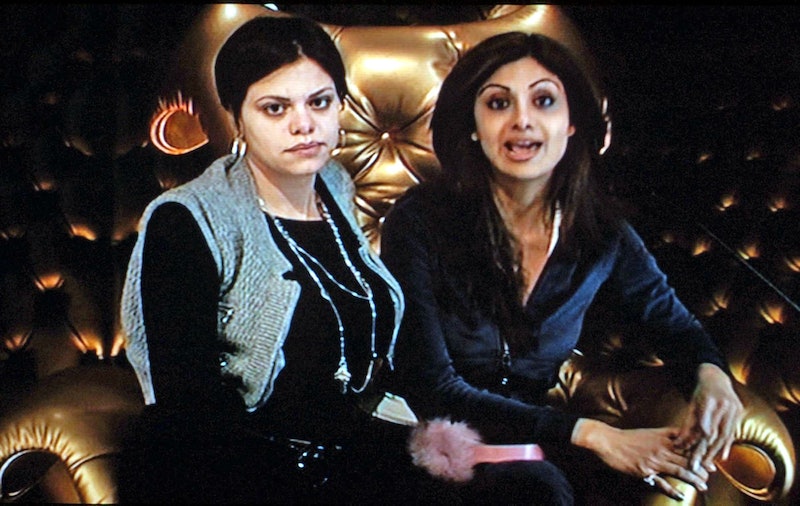 It has been 10 years since reality star Jade Goody sadly passed away. Her death resulted in a conversation about cervical cancer awareness. Similarly, her life prompted discussion in several areas. The biggest, however, was the Celebrity Big Brother racism controversy that Goody found herself at the centre of in 2007.

Piggybacking off her 2002 Big Brother success, Goody appeared on the celebrity version of the show five years later. As with every other celeb version of the series, her housemates were a random bunch of famous people, including Jermaine Jackson, H from Steps, S Club 7's Jo O'Meara, and Bollywood star Shilpa Shetty. But this series was different from the others, resulting in thousands of complaints, House of Commons discussions, and even a brief police investigation.

As Digital Spy reports, an appearance from Goody's mum, Jackiey Budden, in the house started the problem. Budden and Shetty experienced confrontation, with Budden saying she couldn't pronounce Shetty's name. This escalated into several housemates making racist remarks towards Shetty.

However, it was an argument between Shetty and Goody over stock cubes that kicked off mass outrage. Goody was heard telling Shetty to spend "a day in the slums," and, the next day, called her "Shilpa Poppadom", per Digital Spy.

Goody did apologise to Shetty, reports the Evening Standard, after being spoken to by producers, saying: "I didn't say it in a racial way, I do not judge people by the colour of their skin." But Ofcom received more than 40,000 complaints as a result of Goody's language, reports Cosmopolitan. And when she was finally evicted, she stepped out into an eerily quiet set-up; the public having been banned from the show by Channel 4, per The Times.

In a new three-part documentary, former Big Brother presenter Davina McCall opened up about Goody's exit interview. “I remember thinking, ‘Oh my god, what’s happened?’ How it can all turn in a nanosecond. She’s now become the most hated girl in Britain. It was a bit like knowing you’re about to ruin someone’s life forever, but they don’t know it yet.”

Dermot O'Leary, the former host of Big Brother's Little Brother, also appears, saying: “It was absolutely insane, the story just got so big so quickly. I remember seeing… guys burning effigies of Jade in India and I thought this s*** has got absolutely out of hand. The incendiary nature of the whole thing made us really quite worried about her... at the same time it would have been remiss of me in my job not to hold her to account."

Goody's career experienced a downturn immediately after the CBB incident. According to Digital Spy, a lucrative TV contract was cancelled, her perfume was removed from stores, and a plan to publish her autobiography in paperback was scrapped.

Although Shetty and Goody later became "close friends," as the Telegraph reports, the row reportedly affected Goody up until her death. In the upcoming documentary, Goody's mum explains how the 27 year old linked her cancer diagnosis to her past actions, reports The Sun. “One night she felt really scared because, obviously, she knew she was going very soon," Budden said. "She said, ‘Mum, I feel like they’re coming to get me. They’re coming to get me. It’s going all dark.' She said, 'Is that because I was so bad in Big Brother?'"

The first part of Jade: The Reality Star Who Changed Britain airs on Channel 4 on August 7 at 9 p.m.