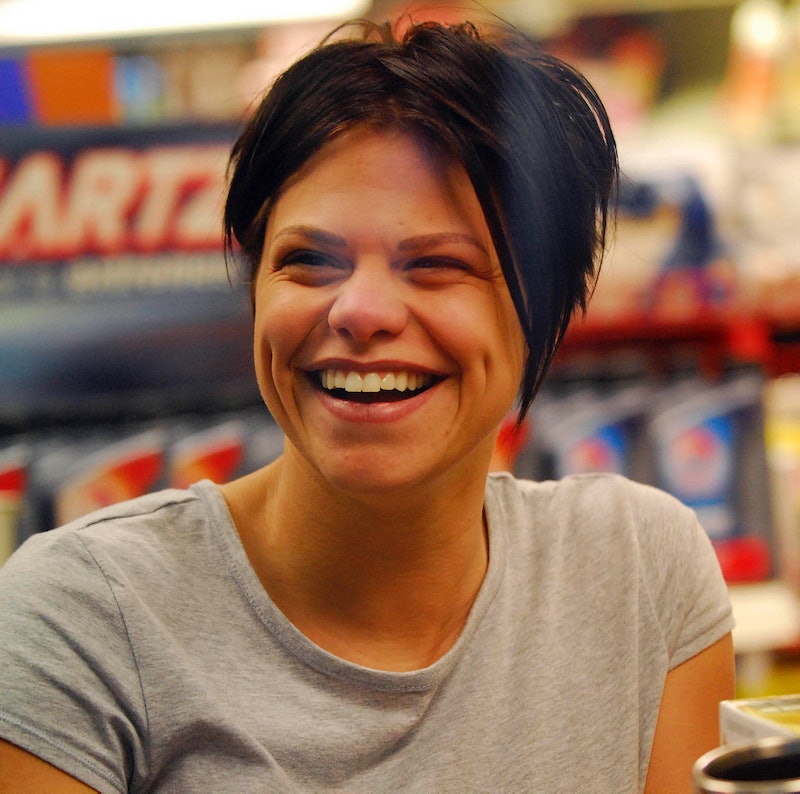 Following her appearance as a housemate in the third series of Channel 4's Big Brother, Jade Goody went on to become one of the most famous names in the UK. The ups and downs of the reality superstar's tragically short life are about to be retold in the three-part documentary series, Jade: The Reality Star Who Changed Britain. The Channel 4 doc will explore Goody's life before fame, and the events which led to her untimely death.

According to the Independent, Jade Cerisa Lorraine Goody was born in London on June 5, 1981. At the age of 22, Goody shot to fame after finishing in fourth place on the 2002 series of Big Brother. Following her stint on the reality juggernaut, Goody reaped the benefits of her new found fame, and went on to enjoy several more TV gigs such as Celebrity Wife Swap and Celebrity Stars in Their Eyes. However, Goody's controversial appearance in the 2007 series of Celebrity Big Brother hit the headlines for all the wrong reasons, and the star found herself at the centre of an international racism and bullying row.

The following year, Goody joined the Indian version of Big Brother, known as Bigg Boss, however, her time on the show was cut short after being diagnosed with cervical cancer. According to the Mirror, Goody sadly died at the age of 27 on March 22, 2009, at her home in Upshire, Essex.

As previously mentioned, the life of Jade Goody will be retold in Channel 4's latest documentary series, Jade: The Reality Star Who Changed Britain. According to iNews, the three-part doc will explore some of the biggest moments of Goody's life, and feature interviews with the reality star's husband Jack Tweed, former-Big Brother hosts Davina McCall and Dermott O'Leary, the father of her two sons Jeff Brazier, and Goody's mother, Jackiey Budden.

The documentary is being released ten years after the Big Brother star's tragic death, and Channel 4 previously stated that the series will "explore the Jade Goody phenomenon," whilst also telling the bigger story of "social and cultural change" in Britain during reality television's golden era. An official synopsis of the series goes on to say, "Featuring exclusive interviews and never-before-seen footage, encompassing everything from the rise of celebrity culture and social media to the battlegrounds of class, race and sexual politics, the series will offer a fresh and compelling insight into the story of our recent past."

Jade: The Reality Star Who Changed Britain consists of three one-hour long programmes, the first of which will air on Wednesday, August 7 at 9 p.m. on Channel 4. The Commissioning Editor of Documentaries at Channel 4, Alisa Pomeroy, previously revealed that she is "very excited" about the three-part documentary. When speaking about the series, she said, "Jade is a figure who couldn't have existed at any other moment in history. Her story is the story of the noughties and I'm very excited about what will essentially be a popular history series, told through the prism of an electric, much-loved personality."

Jade: The Reality Star Who Changed Britain begins on Wednesday, August 7 at 9 p.m. on Channel 4.